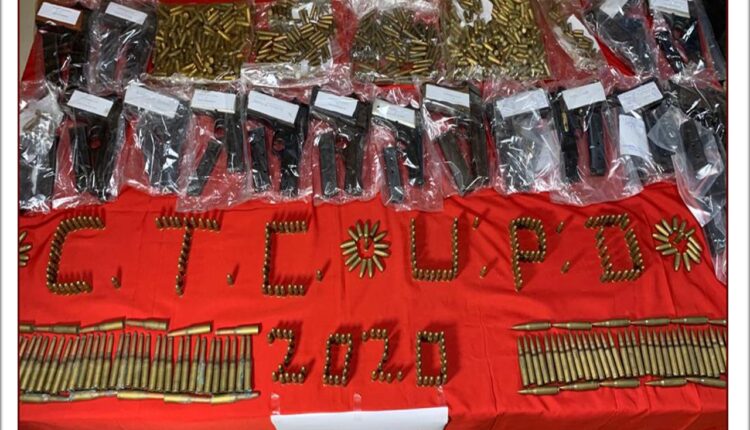 Cuttack: Following the recovery of huge cache of arms and ammunition from the house of arrested gangster Dhalasamanta brothers (Susanta Dhalasamanta and Sushil Dhalasamanta) here, Twin City Police Commissioner Sudhanshu Sarangi at a presser today said that the weapons were being procured by the duo from Munger in Bihar.

“One Prakash Behera was arrested in 2016 along with the D-Brothers and later released on bail. Choudwar police station IIC yesterday recovered two guns from his possession. During interrogation, Prakash revealed that he was supplying guns to one Sarat Sethy and several others. On questioning Sarat, he disclosed that Prakash was supplying him arms and ammunition during the last five years under the instructions of the D-Brothers,” said Sarangi.

Before the arrest of the D-Brothers, Sarat had kept huge cache of arms and ammunition at the residence of the duo in concealed manner as per their instruction. A special police team was formed and the house was searched by the cops yesterday.

As many as 16 guns, 24 magazines and 1095 live bullets were seized from a secret chamber of the house that was created during interior designing. It was ascertained that the arms and ammunition were procured from Munger in Bihar. A total of eight persons have been arrested in this connection, the police official said.

“We suspect presence of more weapons in the house, for which we will take the Dhalasamanta brothers on remand for questioning,” he said.

The gangster brothers are involved in extortion despite being lodged in jail. Sharp watch has been kept on such activities, he added.