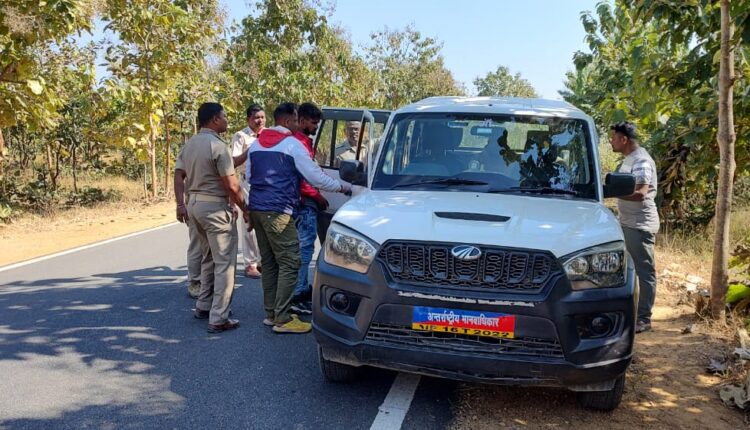 Balangir: Tusura police seized around 22 kg of ganja from an SUV having a registration number plate with ‘International Human Rights’ written on it in Odisha’s Balangir district on Sunday.

As many as three men of Madhya Pradesh were arrested in this connection. They have been identified as Deepak Patel (23), Pramod Patel (23) and Gaya Prasad Patel (39).

According to reports, the vehicle was heading towards Nuapada district on Tusura road. Acting on a tip-off, the police chased the SUV. Though the accused tried to escape through Dhanaghara bypass, police managed to intercept the vehicle.

On searching the SUV, police found the ganja and seized it. A case was registered against the trio and the accused were later forwarded to court.

One of the accused was found in possession of an ID card of ‘International Human Rights Member’. It was seized by police.