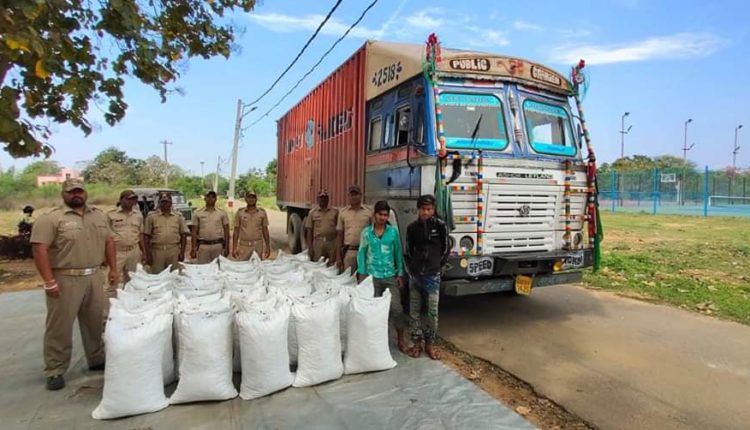 Bhawanipatna: The police today arrested two persons on charges of smuggling ganja and seized 7.46 quintals of the contraband item worth more than Rs 20 lakh from their possession.

Acting on reliable information, the police team intercepted a container truck near College Chhak in Bhawanipatna. During a search, the police seized 7.46 quintals of ganja while being smuggled in the container truck from Rayagada to Patna of Bihar. The container box was divided into two sections and the contraband was kept in the inner chamber.

While two persons in the truck were arrested, the driver managed to escape. A police official said the two accused are Pramod Kumar and Mahesh Kumar, residents of Samasti Nagar in Bihar.

Involvement of youths in the age group of 20 to 25 years in ganja smuggling has become a matter of concern, said a police official.

Huge cache of ganja seized from vegetable-laden truck in…