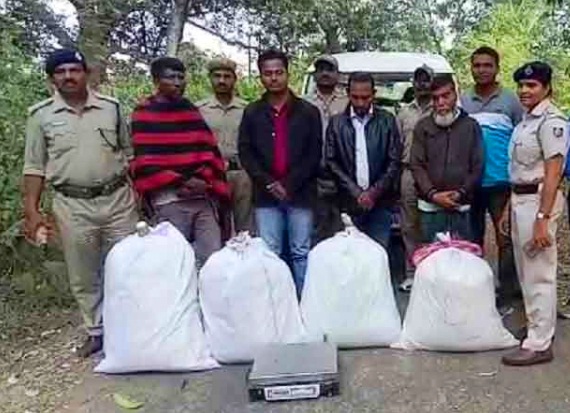 Acting on a tip-off, the police conducted a raid and nabbed the ganja traders while they were waiting for a vehicle near the village to transport the narcotic items. The cops later seized four sacks containing ganja worth Rs 16 lakh from them.

The arrested were Satam Khan, Mijam Khan, Sahangir Sheikh and Musarat Khan, all are residents of Berhampur Gate Bazaar, said a police officer.

Huge cache of ganja seized from vegetable-laden truck in…