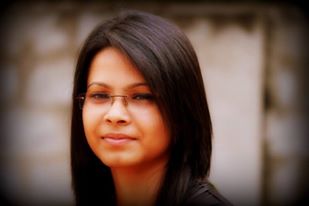 Bhubaneswar: Nupur Bal from Odisha has certainly dumped the traditional career options like medical, engineering, law among others to carve a niche for herself in an offbeat one as she became the only Indian student this year to bag 100 per cent scholarship to pursue jewellery designing course at the Istituto Marangoni at Milan in Italy, one of the world’s most prestigious fashion and design institutes.

A topper of B.Tech in Fashion and Apparel Technology from College of Engineering and Technology in 2012-16 batch, Nupur’s design was also selected in top 26 designs in accessory category for ‘DLF Emporio Design Awards’-2015-16 in Delhi.

Passionate about designing ethnic and tribal jewelley, Nupur says she is totally enamoured about the stuff tribal girls and women used to wear as necklace, earrings among others during their festival.

“I am trying to give a contemporary look to tribal jewellery and make it more appealing for all as there is a huge demand for such products in urban areas,” said the budding designer.

When asked what helped her to bag the full scholarship, she said it was one of her six designs she sent to the institute as per the criteria and screening process.

“I got selected for my design on Phoenix ( a mythical bird that obtains new life after arising from the ashes of its predecessor) as I wanted my design should remain relevant and timeless like the Phoenix,” Nupur added.

When asked did her family support to pursue such an unconventional course, she said her parents were first reluctant but seeing her passion and commitment for the course they had given a go-ahead.

“I found her interest lies in pursuing a creative profession and she was appreciated by her teachers and industry people at various competitions. Therefore, I thought to give her complete freedom in her chosen field,” said Nupur’s father Ranjan Kumar Bal, who is a professor at Utkal University.

Odisha leader in soup over comments on Kunduli gang rape