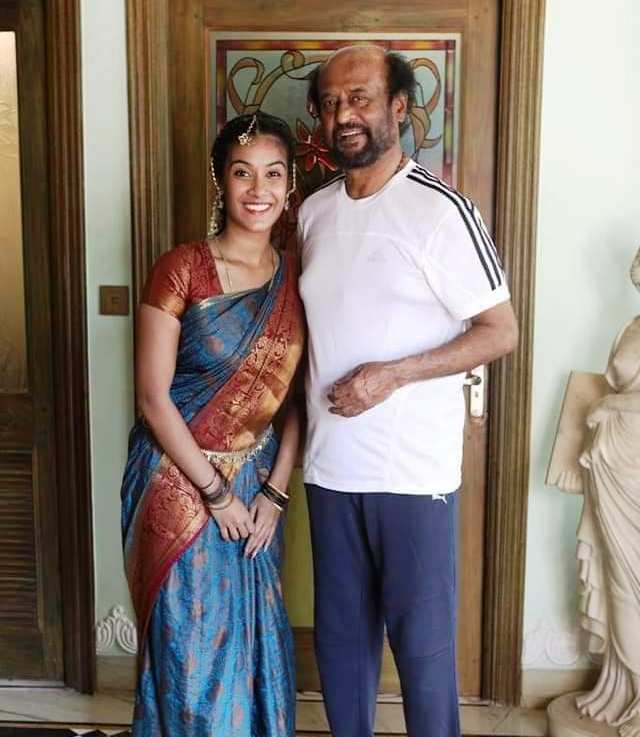 Bhubaneswar: It was a ‘dream come true’ moment for Odia girl Debosmita Patnaik when she received an offer in upcoming Tamil movie Darbar starring megastar Rajinikanth.

A resident of Paralakhemundi in Gajapati district, Debosmita will be seen as a dancer in the south movie scheduled to release on January 14 next year. The move also features south actress Nayanthara and Bollywood actors Suniel Shetty, Dalip Tahil and Prateik Babbar.

Though Debosmita has performed in several reputed events, Darbar is her first movie project.

A BSc First Year student, Debosmita has her primary forte in classical dance forms-Odishi and Kathak. However, she is also excelling in other dance styles such as Chhau, Sambalpuri, Jazz, Salsa and Bollywood.

Debosmita, who started Odishi at a tender age of 3, has participated in national TV reality shows like Dance India Dance, Dance Deewane and Boogie Woogie. She has been staying in Mumbai for the last one year.  Though she had gone to Mumbai to join a month-long workshop of Bollywood choreographer Shakti Mohan, her passion for dance made her stay in the City of Dreams to further pursue her career in the field.

Aiming to be a successful choreographer, the 20-year-old girl says she is ready to work with any film industry if she gets opportunity. Reportedly, she has two more offers from the Tollywood industry, shooting for which will begin soon.

I respect my body and my skin: Taapsee Pannu