Odisha girl kidnapped 2 weeks ago yet to be traced, family alleges ‘Love Jihad’ 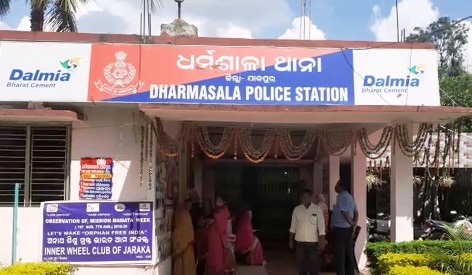 Jajpur: A 21-year-old girl of Odisha’s Jajpur district who was allegedly kidnapped by a youth around 2 weeks ago is yet to be traced by police while her father has alleged that it is a case of ‘Love Jihad’.

As per a complaint lodged by the girl’s father with Jajpur SP, a copy of which is in possession of Sambad English, she had gone to VN College, Jajpur Road on December 5 for migration certificate. Later in the evening, she went missing while her mobile phone was found to be switched off. Her kin searched for her at various places, but in vain.

The complainant alleged that one Shaik Abdul Sehmat Khan alias Bobby of Choramuhan village under Dharmasala police limits in the district abducted her daughter. Khan was earlier forcing the girl to have love affair with him and change her religion. As the girl refused to do so, Khan threatened to kidnap her, the girl’s father said in the complaint.

A case in this connection has been registered at the Dharmasala police station while cops are yet to ascertain the whereabouts of the girl. On the other hand, police have arrested Shaikh Abdul Hamid Khan, father of Shaikh Abdul Sehmat Khan, for his alleged involvement in the abduction and threatening the parents of the girl to kill them. He was produced before the Court of JMFC, which remanded him to judicial custody for 14 days.

Meanwhile, a telephonic conversation between the girl and her mother has come to fore. The girl was heard informing her mother that she was being tortured and kept by the abductors at a hotel near beach in Puri and will be taken to a masjid at Sutahat in Cuttack. She also sought help from her mother in freeing her from the clutches of the kidnappers.