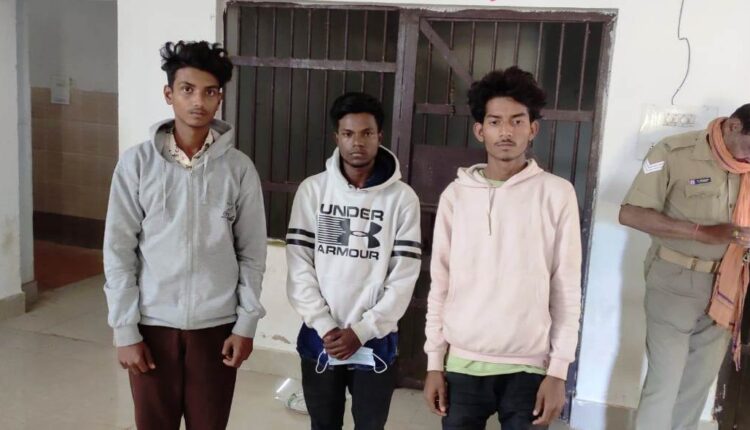 Kantabanji: The police arrested three youths for allegedly abducting a minor girl of Odisha’s Balangir district and raping her. After receiving a complaint, the police also rescued the minor girl from Raipur in Chhattisgarh.

On basis of the complaint lodged by the girl’s family, the police launched an investigation. When the three accused and minor girl were traced to Raipur in Chhattisgarh, the police raided a place there and recued her. The accused were also arrested.

The police official further informed the three accused arrested under Pocso Act and forwarded to the court today.