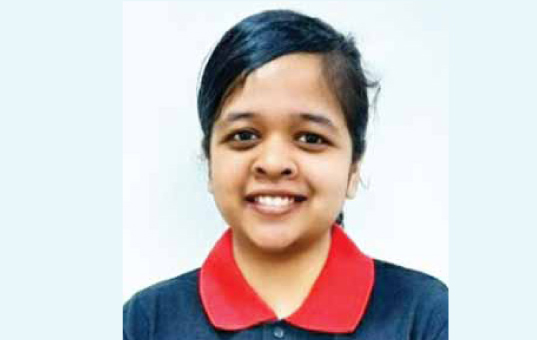 Bhubaneswar: An Odia girl has emerged as the state topper in West Bengal in the Joint Entrance Examination (JEE) Main, conducted by the National Testing Agency (NTA).

Adyasha Patra, a Plus 2 student of Manisha International School in Durgapur, has secured 99.99 per cent in the JEE examination. She said blessings and support of her teachers, parents and well-wishers  helped her achieve the feat.

The topper further said that she plans to pursue Computer Science at Indian Institute of Technology (IIT) Mumbai.

Adyasha’s father Chinmay Patro is the General Manager of  Durgapur Steel Plant, while her mother Babita Sahu is a lecturer at Triveni Devi Bhalotia College in Raniganj. She is granddaughter of Cuttack Chauliaganj’s Baikuntha Nath Patro and Tulasi Patro and Jagatsinghpur’s Ratnakar Sahu and Bidyulata Sahu.

In Odisha, Goutam Das topped JEE (Main), results of which were declared on March 8.

Woman among 3 held for doing puja on Taj Mahal premises