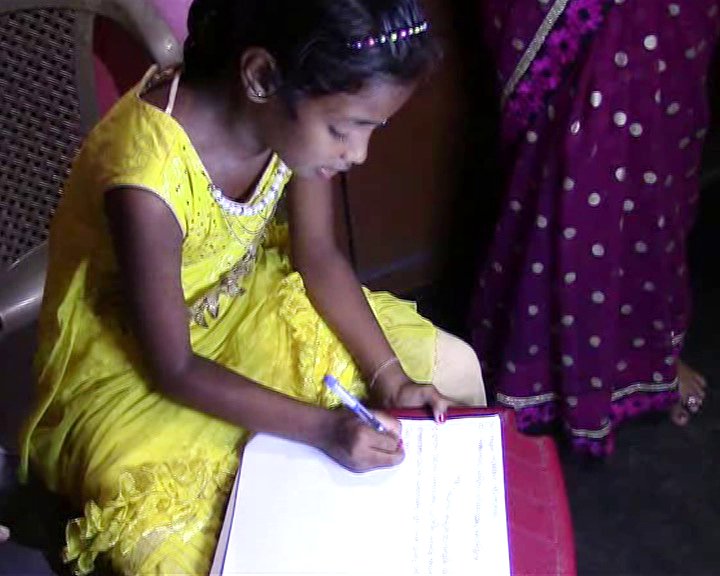 Cuttack: An 11-year-old Odisha girl wrote to Prime Minister Narendra Modi seeking justice for her family which was been driven out of their village after a Kangaroo court’s verdict on land dispute.

In the letter to PM Modi, Subhashree, daughter of Ugrasen Moharana, urged him to intervene into the matter for safe return of her family, with whom injustice has been meted out at the Kangaroo court.

She alleged that the villagers including Pradeep Moharana, Pramod Moharana, Akuli Moharana, Gokuli Moharana, Nakula Moharana had attacked her father and forced rest of the members to leave their house.

“They attacked my father. As we did not get justice in Odisha, I wrote to Prime Minister for justice,” Subhashree told.

The Ugrasen family of Pokhari village under Niali is now staying at a rented house at CDA in Cuttack city since 12 days after they were driven out by the villagers. The victim had moved the Niali police against injustice done at Kangaroo court. However, the police did not receive the complaint, she said.

Even, the family was left disappointed after approaching Cuttack district ACP, DG and Adaspur SDPO as they returned empty handed. Finally, Subhashree decided to write to PM to get back their rights.

“The opponents physically assaulted and tortured us. The also constructing house on our land. When we opposed it, they drove us out from our village through Kangaroo court. We are now staying in a rented house at CDA in Cuttack,” said Ugrasen Moharana.