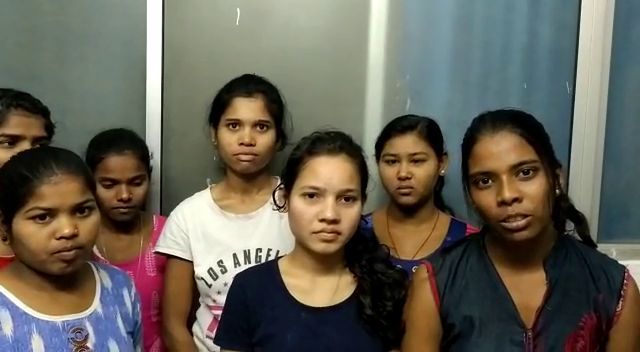 After undergoing a six-month training in retail shop management at the Centre-sponsored DDU-GKY centre, the eight girls were sent to Bengaluru to work at different shopping malls. However, the promise turned out to be false as the girls were engaged in a packaging unit in the city.

“We were promised to be provided with better work environment and facilities. But we are now forced to work for 12 to 14 hours instead of 8 hours as per the norms. Also, payments are not being paid on time,” alleged a girl in the video.

Expressing similar views, another girl said they are not being paid their wages in a timely manner. When they tried to contact the officials of the DDU-GKY centre, they did not pick up calls. Neither medical facilities nor any care is taken of the girls and women working at the packaging unit.

“Men and women staff are kept at the same place raising concerns about our safety,” she said.

Train with 1190 migrants leaves for Odisha from Bengaluru