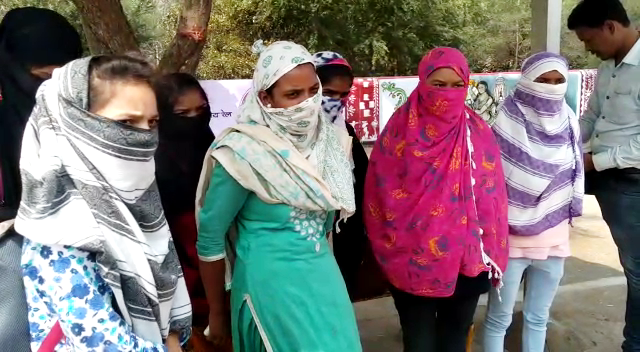 Balangir: Following intervention of the Odisha Labour Commissioner, eight Odia girls hailing from Balangir, who were allegedly harassed by their employer in Bengaluru, were rescued and brought back to their hometown here today.

All the girls arrived at the Balangir railway station via Yesvantpur- Tatanagar Superfast Express train at around 11.30 am today. From there, they went to the Centre-sponsored DDU-GKY centre and vented out their anger. They also demanded the officials concerned to provide them jobs in the town at the earliest.

Balangir district Labour Inspector said action will be taken after a proper probe into the matter.

Last week, the girls, natives of Sadar and Deogaon blocks in the district, had released a video alleging harassment by the employer and poor work environment in Bengaluru. They had also appealed the Odisha Government to rescue them. The victims alleged that after undergoing a six-month training in retail shop management at the DDU-GKY centre, the eight girls were sent to Bengaluru to work at different shopping malls. However, the promise turned out to be false as the girls were engaged in a packaging unit in the city.

After the reports surfaced, state Labour Commissioner wrote a letter to the Karnataka Government seeking help. Later, all the girls were rescued with the joint efforts of Balangir district administration and Karnataka Labour officials.