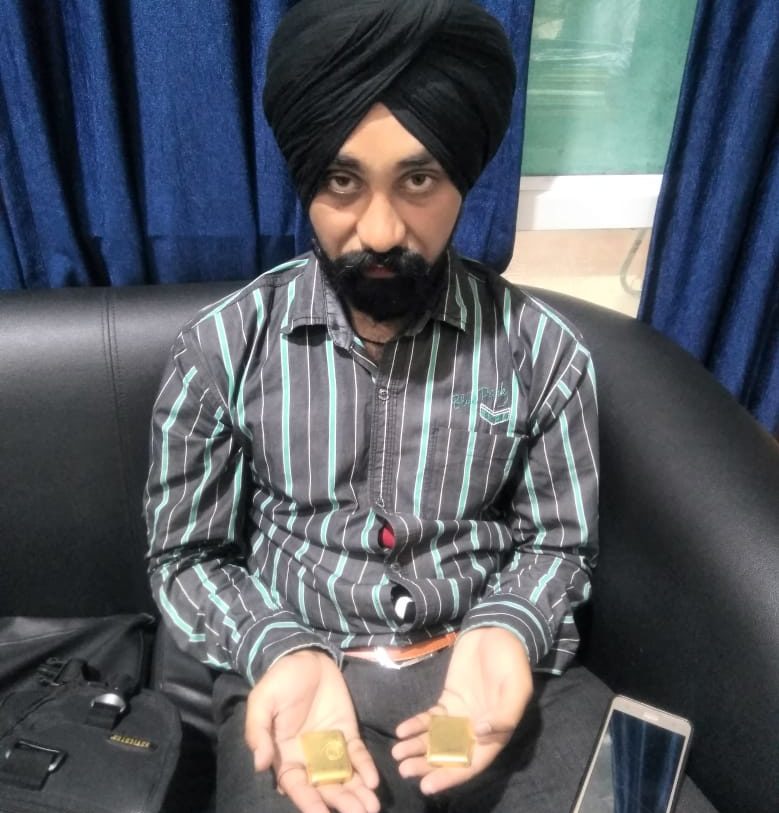 Bhubaneswar: The Air Intelligence unit of Customs at the Biju Patnaik International Airport (BPIA) here seized two gold bars worth around Rs 20.50 lakh from a passenger at the airport in the wee hours today.

Sources said during frisking, a CISF constable recovered the gold bars weighing approximately 610 grams from a passenger identified as Amrajit Singh, who had arrived at the airport from Bangkok at around midnight. He was supposed to board another flight to Delhi from the airport at 5.15 AM.

The gold bars wrapped in a black tape were concealed inside the turban of the passenger.

The CISF personnel later handed over Singh and the seized articles along with his belongings to the airport Custom officials.