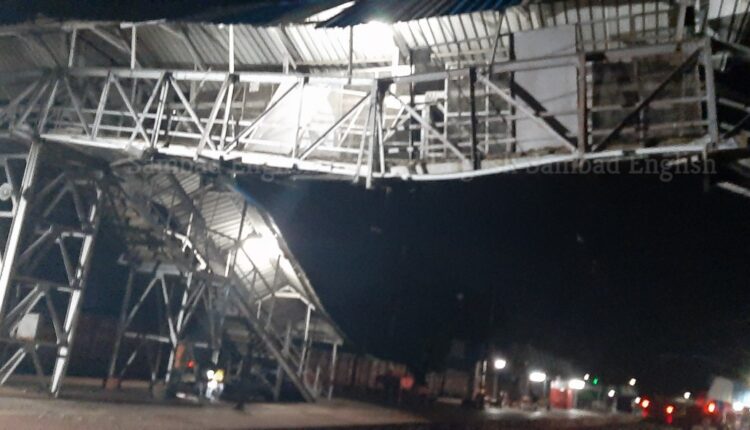 As per reports, the goods train en route to Balasore hit the FOB damaging it completely at Platform no-2 of the railway station at around 9 pm. Also the train damaged several signal poles affecting the railway services on the track.

The goods train was later halted at Mulisingh level crossing, around two kms away from the Soro station.

In order to probe the matter, senior officials of Railways and RPF personnel reached the spot.

A major mishap was averted as less number of passengers were present at Soro station when the incident occurred, an official said.