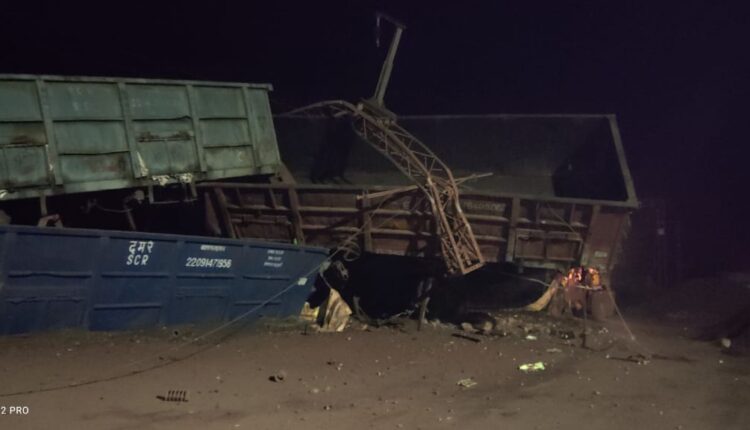 Rourkela: In a major train mishap, a goods train went out of control and ran reverse for 24 kms up to Bimalagada Railway yard in Sundargarh district today evening. A total of four bogies of the goods train derailed when the driver applied brakes and a railway employee was critically injured in the incident.

The goods train carrying iron ores left from Barasuna towards Rourkela at around 7 pm. When the train picked up 110 km per hour speed, it went out of control and ran reverse for 24 kms. The driver applied brakes near Bimalagada Railway Yard where the train’s four bogies derailed and mounted one over another.

The train’s Saunter NK Chatterjee was critically injured in the train mishap. As per the latest reports, a special relief train reached the spot and carried out rescue work at the mishap site.

A railway official an investigation will be initiated to find out under what circumstances the train mishap occurred and who is responsible behind it.