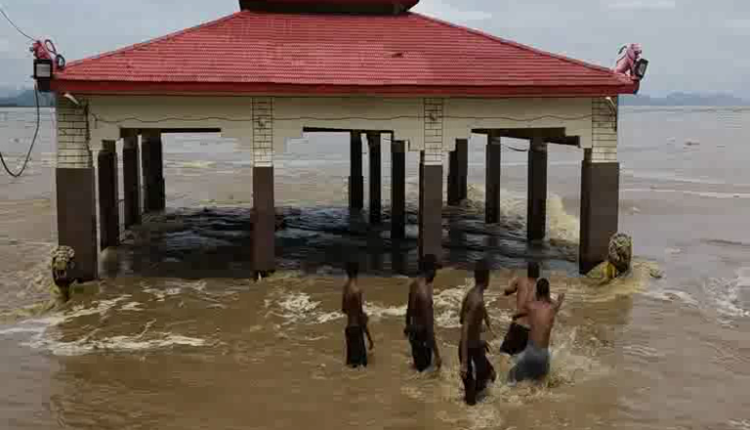 Bhubaneswar: The Odisha Government  asked its officials concerned to keep a close watch on possible flood situation as several rivers were swollen due to incessant rain in the last couple of days.

The water levels were rising in rivers like Budhabalang, Jalaka, Baitarani, Kani, and Kharasrota, said Chief Secretary Asit Tripathy, who held a review meeting on Wednesday on the flood situation in the state.

Departments concerned and Collectors of 12 districts participated in the meeting through videoconference.

They were directed to work to ensure minimal loss of life and property due to the inclement weather.

Tripathy said that the officials have been asked to initiate patrols on river embankments and evacuate people from low-lying villages.

He said the control room of the Water Resource Department has been asked to function round the clock to monitor the situation.

The Jalaka and Baitarani rivers are flowing above the danger mark at Mathani in Balasore and Anandapur in Keonjhar district respectively, said sources.

The India Meteorological Department has predicted more rain in the next 24 hours in several parts of the state.

Special Relief Commissioner Pradeep Jena said the officials have been directed to restore communication at the earliest, provide health support, particularly stock anti-snake venom at all hospitals, provide food to evacuated people, and provide polythene sheets and other support to the affected as per the norm.