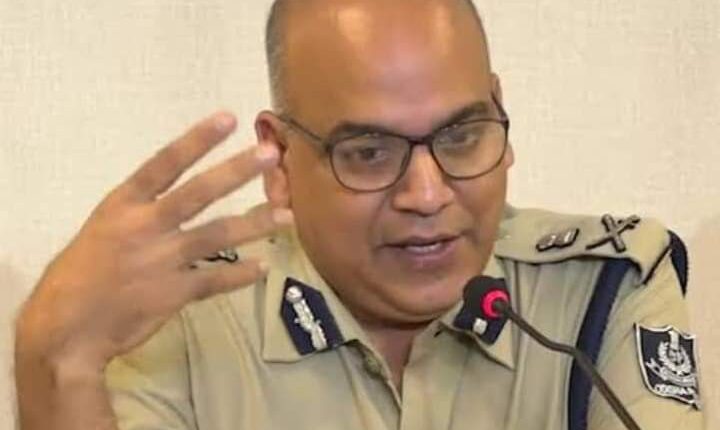 Bhubaneswar: In a major reshuffle in IPS cadre, the Odisha government today appointed Senior IPS Saumendra Kumar Priyadarshi as the Commissioner of Police for the Twin Cities of Bhubaneswar and Cuttack. Priyadarshi, a 1995 batch IPS officer, will replace Sudhanshu Sarangi as the Police Commissioner of the twin city.

In his reaction, Priyadarshi said, “The State government has allocated a major responsibility and I will work with utmost sincerity.”

“I have relinquished charge as Commissioner of Police of twin city. I thank the State Government for the opportunity to serve as CP. I would remember this challenging tenure amidst Covid-19 and will derive satisfaction that I gave my best and received love & respect of the people,” said the outgoing Police Commissioner.

As per a notification issued by the Home Department, 1990 batch IPS Sudhanshu Sarangi has been transferred and posted as CMD of Odisha Police Housing and Welfare Corporation (OPH&WC).

1988 batch IPS M Akhaya was transferred and posted as DG Fire Services, CG, Home Guards and Director of Civil Defence, Odisha, mentioned the notification. At present, Akhaya is working as the CMD of OPH&WC.