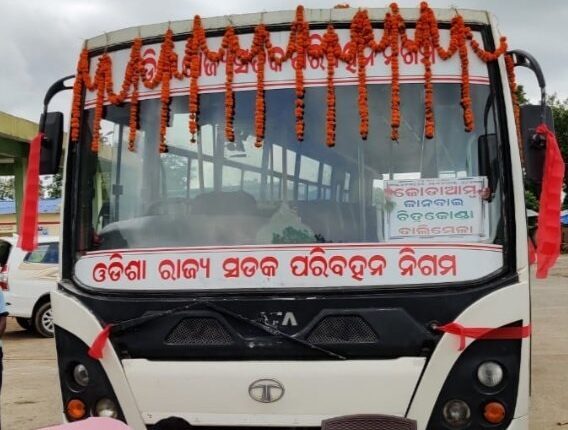 Malkangiri: The Odisha government flagged off its maiden bus service to Jodamba in Swabhiman area from Malkangiri town. Around 20,000 residents of the Swabhiman area, who were cut-off from rest of the State until the Gurupriya bridge was constructed in 2018, will be well connected with the Malkangiri district headquarters due the bus service.

The bus every day departs from Malkangiri to Jodamba at 9 am and returns at 6 pm, said official sources.

No MoBus service during these hours in Odisha

Worth mentioning, Maoists were active in the Swabhiman area prior to the construction of the Gurupriya bridge. Since 2008 to 2020, Maoists attacked residents of the area and security personnel on 332 instances, said official sources adding a total of 101 civilians and 77 security personnel were killed in the Maoist attacks.

With the help of BSF, the Odisha Police launched anti-Maoist operations in 2010. After getting success in the anti-naxal operations, the State government began development activities in the Swabhiman area.

In recent past, the government launched piped water supply and better healthcare and education facilities for the residents of the area.