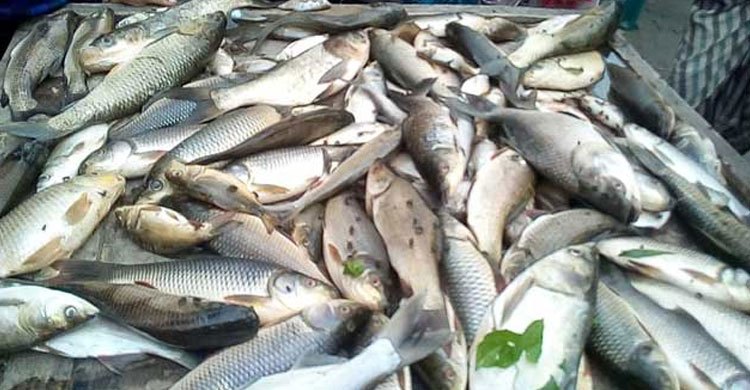 Bhubaneswar: In a big relief to both fish vendors and customers in the State, the Fisheries and Animal Resources Development Department today clarified that freshwater fishes sold in the state market do not have cancer-causing formalin content.

After receiving the sample report, the department concerned today informed that other than a Pomfret fish, all samples sent to laboratory for examination tested negative for the cancer-causing chemical.

After allegations of formalin content in fishes reported, samples of various fish species were collected from several places, including Cuttack, Berhampur, Bhubaneswar and Balasore since July 13 and sent to laboratory for examination. Testing kits were brought from Central Inland Fisheries Research Institute (CIFRI), Barrackpore and Central Institute of Fisheries Technology (CIFT), Kochi for the inspection.

“There is no possibility of the presence of carcinogenic chemical in freshwater fishes being produced in the State. They are absolutely safe for consumption. However, the inspection drive will continue to ensure that no fish containing formalin comes to the Odisha market. Besides, steps are afoot to generate awareness among the fish vendors,” said an official.

Meanwhile, raids were conducted on several fish markets in Rourkela, Berhampur and Cuttack by officials concerned today. The separate teams have also seized some fishes for examination.

No confidence motion against government accepted