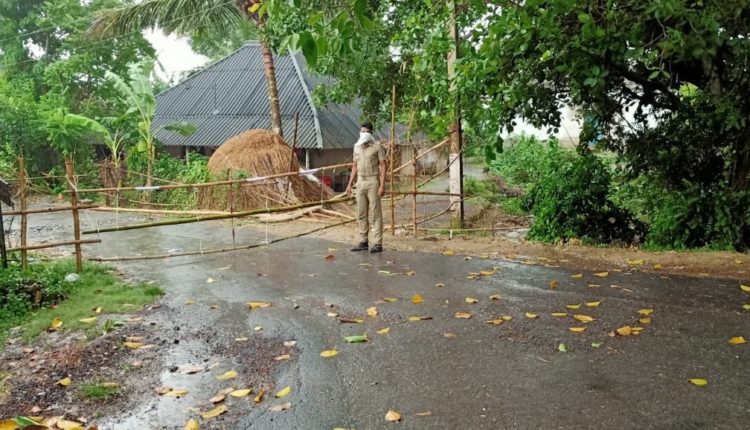 Bhubaneswar: The Odisha government on Friday stepped up contact tracing in coronavirus hotspots in Balasore, Bhadrak and Jajpur districts to identify people who have recently returned from other states, especially West Bengal.

The state government has imposed a 60-hour complete shutdown from 10 pm Thursday till April 26 in the three districts following a spurt in COVID-19 cases.

With one more person found infected with the deadly virus in Bhadrak on Friday, the three districts together account for 34 of the total 90 positive cases in the state.

While Bhadrak and Jajpur have 12 confirmed cases each, Balasore has 10 patients.

The administrations of the three districts with help of sarpanchs (village heads) and urban local body functionaries have launched a drive to trace the people who had come in contact with coronavirus patients. Director General of Police (DGP) Abhay has asked people to either observe total shutdown guidelines or face legal action.

It has come to light that almost all coronavirus patients in the three districts either had a travel history to West Bengal or they had come in contact with returnees from other states.

As part of measures to prevent entry of people from Bengal, the police chief said 37 roads connecting Balasore district to the neighbouring state are now manned by Odisha Police. Sources said dedicated Rapid Response Teams (RRTs), health officials from SCB Medical College in Cuttack and FM Medical College in Balasore are monitoring the three districts while local panchayat and urban local body functionaries identifying people who have recently returned from other states.

Bhadrak district collector Gyana Das said all medicine stores located in blocks and urban limits of Basudevpur, Chandbali and Dhamnabar have been allowed to remain open during the shutdown period.

He said the Bhadrak administration has been focusing on Basudevpur block as the area has reported seven cases. The district administration in Jajpur has already prepared a list of people who had a recent travel history to other states, including West Bengal, district collector Ranjan Kumar Das said.

“We have already started putting people coming in contact with COVID-19 patients in quarantine. Their samples will be collected today,” he said. Balasore, close to the Bengal border, also remained completely shut as the administration has deployed security forces in different parts of the district. The border has been completely sealed and police guarding the small roads connecting the neighbouring state. Hospitals, police, fire, ambulance and some other services are exempted from the shutdown.

While announcing the total shutdown on Thursday, Chief Secretary A K Tripathy had said that the ongoing coronavirus lockdown in the rest 27 districts of the state will remain in force with the existing rules. The chief secretary had said a similar shutdown clamped earlier in Bhubaneswar for 48 hours in the first week of April had yielded good results as not a single coronavirus case has been found from the state capital since April 14.