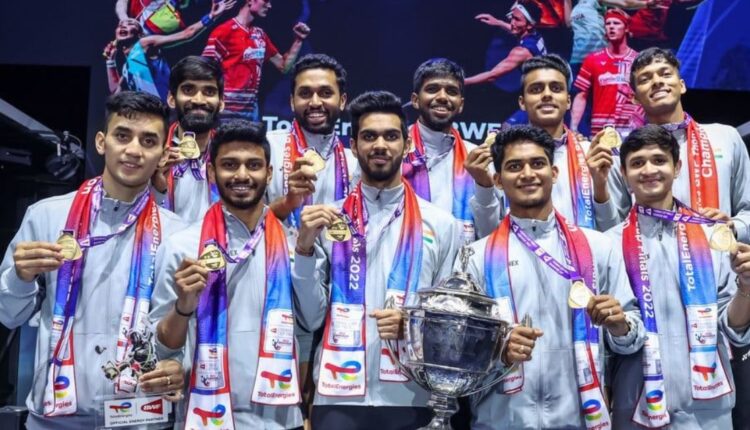 Bhubaneswar: The Odisha Government will felicitate the Thomas Cup-winning members of Team India.

The Sports and Youth Services Department of the Odisha Government will organise a felicitation ceremony at the Lok Seva Bhawan here tomorrow.

Chief Minister Naveen Patnaik will be present at the event to felicitate the players.

Former Indian badminton player Pullela Gopichand will also be a part of the ceremony.