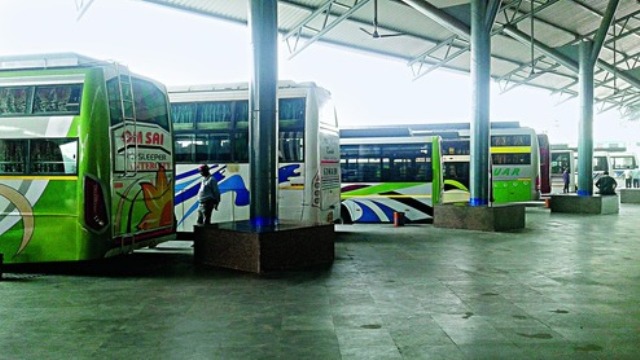 Cuttack: In view of possible influx of devotees from across the state and country during world famous Ratha Jatra, Odisha government decided to ply 200 special buses from Cuttack to Puri via Bhubaneswar.

It was decided at a review meeting on Ratha Jatra at State Transport Commissioner Office on Saturday in Cuttack.

Currently, 134 buses and 30 night buses are plying to Puri everyday. With addition of 200 more special buses, the tourists will easily travel to Puri to have darshan of Lord Jagannath during Ratha Jatra.

Similarly, the last destination of more than 100 night buses plying to Bhubaneswar has been extended to Puri during the mega event. Hence, the tourists from West Bengal, Hyderabad, Chhattisgarh and areas on Odisha border can reach Puri by the night bus service.

All the buses travelling to Puri will be stationed at Talabania where the tourists can avail meal at Rs 5. The Akhaya Foundation has been handed over the responsibility to serve Rs 5-meal to the tourists landing at Talabania.

Special arrangement will be made for the divyang tourists by engaging four electric cars to bring them from Talabania bus stand to Grand Road. A temporary resting place will be constructed at Talabania in Puri and Palamandap Bus Stand in Cuttack for the tourists.

Besides, 10 ambulance vans and cranes will be arranged for providing emergency service to the tourists at Pipili, Samantarapur, Kalpana, Konark and Puri.