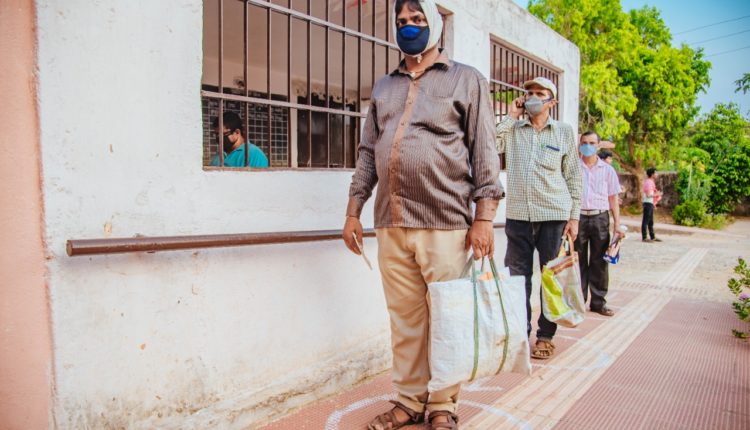 Bhubaneswar: A day after senior bureaucrats were appointed to contain COVID-19 in six hotspots here, the Odisha government on Thursday decided to share “vital information” with the residents, including test results of suspected cases and steps being taken to tackle the crisis.

Of the 60 COVID-19 cases in Odisha so far, 46 have been reported from the state capital.

Tripathy also asked them to contact cable channels for carrying out awareness drive in the clusters.

“The decision to disseminate information in the containment zones was taken after we found out that people were in the dark over all that is happening around them. Also, loudspeakers should be used to update information about availability of essential items,” the chief secretary said.

All containment zones have been barricaded, prohibiting entry and exit of persons, he said.

Once the area is sealed, teams of Andanwadi workers, auxiliary nurse midwives and other health workers, under the guidance of community medicine and epidemiology experts, will move from one house to another to check on people.

Samples of those found exhibiting flu-like symptoms will be collected at random and sent for examination to rule out chances of local transmission, he said.

Maintaining that supply of essential commodities and medicines to doorsteps remains one of the biggest challenges faced by the officials in the containment zones, the chief secretary asked the municipal commissioner to take possible steps to ensure people were not inconvenienced.

“People with disabilities, those living alone, pregnant women and aged persons should be given priority in these clusters,” he asserted.

If no new case is detected after conducting at least two rounds of survey, the municipal commissioner or collector might ease restrictions in these areas in consultation with state health department, Tripathy added.

Meanwhile, the Sundargarh district administration on Thursday earmarked Bisra town as a containment zone and enforced necessary restrictions there for 48 hours till 11.30 am on April 18, officials said.

Several other districts in the state, including Puri, Ganjam, Jajpur and Kendrapara, have also identified containment zones and sealed them, in accordance with the government directive, they added.