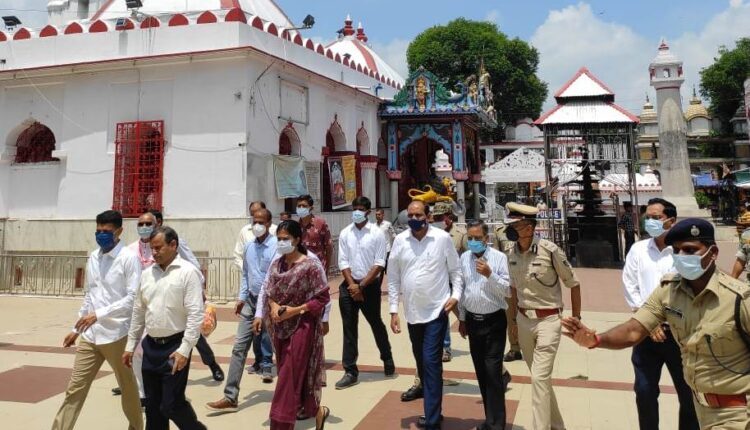 Burla: The state government will spend around Rs 1,000 crore for the development of Veer Surendra Sai University of Technology (VSSUT) here.

“The state government will develop VSSUT as a centre of excellence for technical education. Around 80 acres of land has been identified for the expansion of VSSUT. Now, the university has 5,000 students. The government is planning to raise the number to 10, 000,” Mohapatra said.

Notably, the state government had upgraded the University College of Engineering (UCE), Burla, to VSSUT in 2009.

The UCE had been established at the foothill of Hirakud dam in 1956. It was functioning as a constituent college of Utkal University, Bhubaneswar.

The primary objective of establishing the engineering college was to produce good quality engineers for Hirakud dam.

The Chief Secretary and the 5T Secretary also visited Goddess Samalei temple and took stock of the developmental projects being implemented at the shrine.