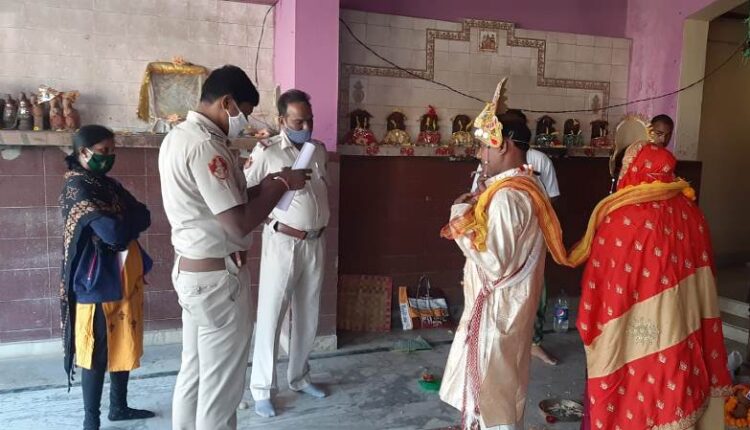 Cuttack: A wedding ceremony at a temple under Madhupatna police limits in Odisha’s Cuttack city turned sour today as the bridegroom was arrested over allegation of marrying the bride despite having a wife.

According to reports, Prakash Samal of Chakrapur village under Mahanga police limits in Cuttack district had married Jayanti Samal of the locality in 2007. While the marriage of Prakash with another woman was underway at the temple today, his wife Jayanti lodged an FIR in this regard with the Madhupatna police.

On the basis of the complaint, police reached the spot and arrested Prakash. He said that he took the decision of marrying another woman over prolonged dispute between him and Jayanti.