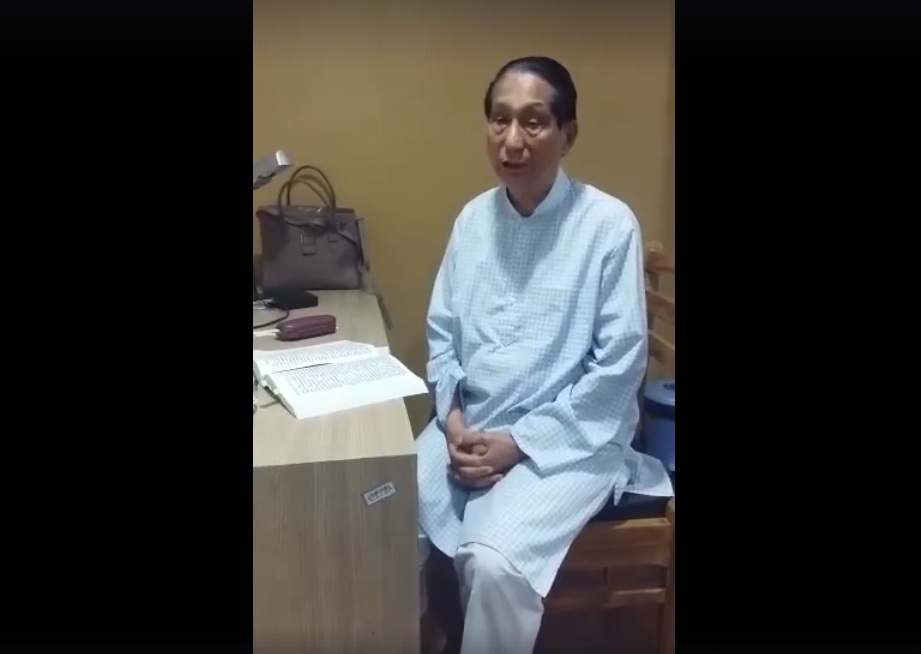 Bhubaneswar: While it has been reported that Odisha Governor SC Jamir suffered a mild heart attack earlier in the day, a Dimapur-based news organisation posted a video clarifying the rumour doing rounds about his ill health.

We The Nagas posted a video on social networking site Facebook and micro-blogging site Twitter where the Odisha Governor and three-time Nagaland Chief Minister clarified about his health and termed it a routine check up.

Governor of Odisha and former Nagaland Chief Minister Shri. S.C Jamir clarifying the rumours doing the round about his ill health. pic.twitter.com/dusmpoZlyB

“It is unfortunate that false news has been circulated through media throughout India saying that I had a heart attack. But I want to make it very clear to all concerned that I came to Apollo for a normal check up. Therefore, there is nothing that I had a heart attack. I am perfectly alright, healthy. I will be out of it tomorrow and there is nothing to worry about it,” Dr SC Jamir said through the video.

According to sources Dr SC Jamir suffered from breathlessness after playing badminton last evening and went for a check up. He did not suffer any mild heart attack as reported. Parliamentary Secretary Thomas Lotha has also confirmed the news saying that he just had a telephonic talk with Dr Jamir and he is doing fine, it posted.

“Governor had visited the hospital for a routine check-up as he felt some discomfort in the morning. As there were some minor changes in the ECG report, detailed tests were done. There wasn’t any heart attack or any alarming situation. He has been kept under observation. He might be discharged tomorrow, if everything remains fine,” said Apollo Cardiology Department Head Dr Prasant Kumar Sahoo here this evening.