FEATUREDODISHA LATESTPOLITICS
By Sambad English Bureau On May 26, 2019 Last updated May 27, 2019 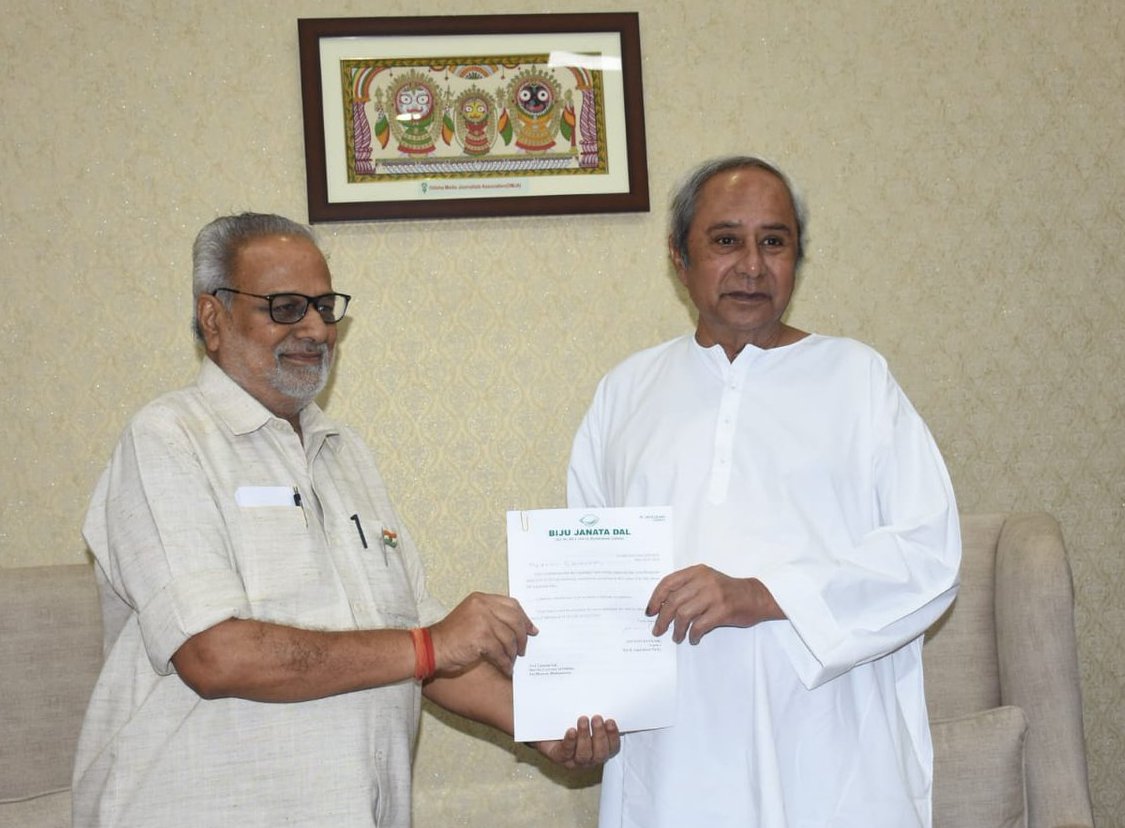 Patnaik was on Sunday elected the BJD legislature party leader by the newly elected MLAs at a meeting held at the party headquarters here post noon.

“The honourable MLAs have elected me as their leader. I am very grateful to them,” said the Chief Minister, who will be sworn-in for the fifth consecutive term on Wednesday.

Patnaik headed towards the Governor house at around 2 pm to stake claim to form government.

Prior to that, CEO Surendra Kumar met Governor and handed over the list of elected legislators at around 1 pm.

The swearing-in ceremony will be held at the Exhibition Ground here. DGP Rajendra Sharma today reviewed the security arrangements ahead of the ceremony.

It is expected that over 5,000 people would attend the ceremony where Patnaik along with his council of ministers would take the oath of office and secrecy.

The BJD won 112 seats in the 147-member House. The Bharatiya Janata Party has become the main opposition party by winning 23 seats. The Congress got only nine seats.

Modi government to take oath on May 30