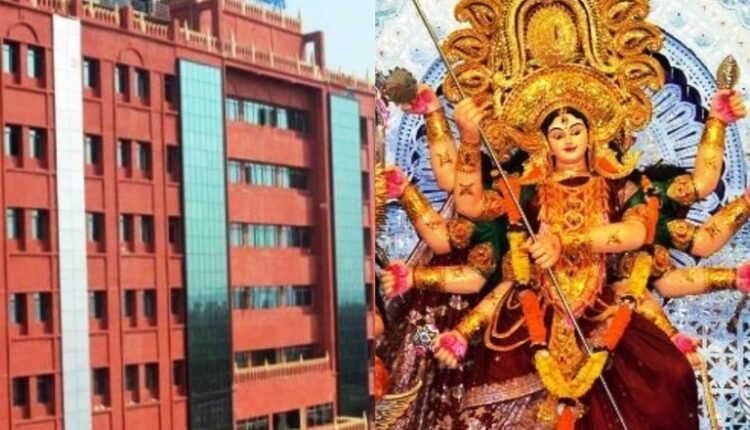 Cuttack: The Orissa High Court (HC) today gave green signal to nine puja committees in Cuttack that have constructed Durga idols taller than 4 feet stipulated by the state Government as part of the guidelines for the upcoming festival.

The HC gave its approval while responding to the Advocate General’s status report on puja committees that have constructed taller idols of the deity.  Three puja committees- Balu Bazar, Upar Telenga Bazar and Firingi Bazar were present in the court during  the hearing today.

The court also asked  all puja committees to ensure smooth conduct of the festival in adherence to all other restrictions imposed by the state Government.  However, the administration will make all arrangements for immersion of the idols, the HC said.

Earlier, the state Government in its guidelines for Durga Puja celebrations had restricted the size of the idols to four feet. The Government has also restricted public participation during the festival and immersion procession.

The guidelines also say that Puja Pandals/Mandaps shall be covered on three sides. The fourth side will be covered in a way not to allow any public view of the idols.