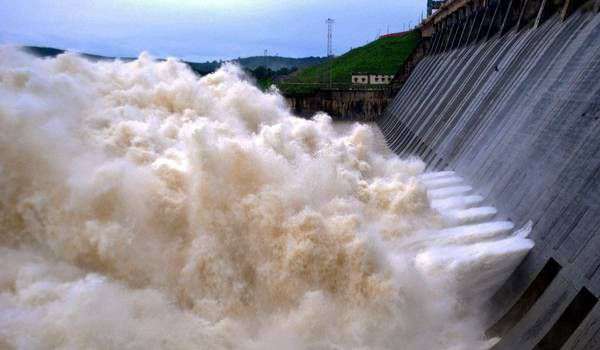 Sambalpur: With increase in water level of Hirakud dam, the authorities today opened four more gates to release excess floodwater from the reservoir.

With this, floodwater is currently being released through 10 sluice gates of the reservoir, an official said. By 9 AM today, the water level of the dam stood at 623.73 ft as against the storage capacity of 630 ft. While 1,16,871 cusec floodwater per second was being released from the dam, the inflow was 1,88,672 cusec per second.