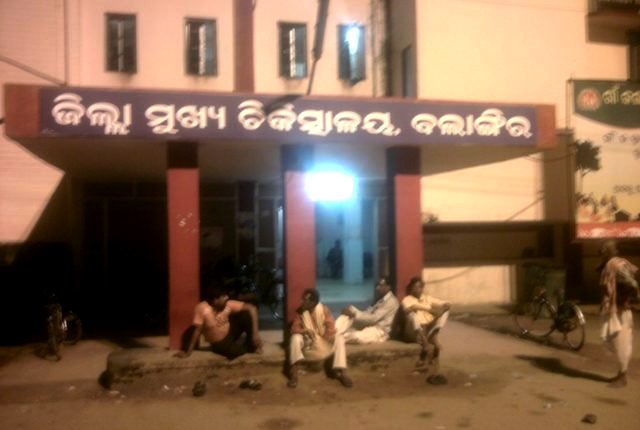 Balangir: Despite rigorous efforts by government to spread AIDS awareness programme through campaign and advertisements, the real picture in society is found adverse with an incident reported from here where an expectant mother with HIV positive was denied bed in hospital and she delivered a baby on verandah.

The incident took place at the district headquarters hospital in Balangir on Sunday.

The matter came to fore with the allegation by the HIV positive woman with the CDMO following delivery.

The poor mother and her newborn girl were found lying on the verandah.

As per the complaint by the woman, the hospital authorities refused to allot her a bed for delivery as she was affected by HIV positive. Instead of proper medical care, she received apathy from the doctors and nurses attending to her.

According to reports, the woman from Chudapali area of Balangir district was admitted to the district headquarters hospital at around 7.10 am on Sunday after she complained of labour pain. However, the hospital authorities did not allot her a bed for delivery after they came to know about the HIV infection. They directed the nurses to allow her to stay on verandah instead of bed. Later, the woman delivered a baby girl on hospital verandah.

Strongly reacting to the incident, social activist Sulochana Bahidar demanded stern action against the doctors, nurses and other hospital employees for misbehaving with the HIV positive woman inside the hospital.

The CDMO ordered probe into the incident following the complaint.

A probe is underway. Stern action will be taken, if anyone was found to have neglected in the treatment or misbehaved with the HIV positive woman patient, said CDMO Dr Sugyanendra Mishra.