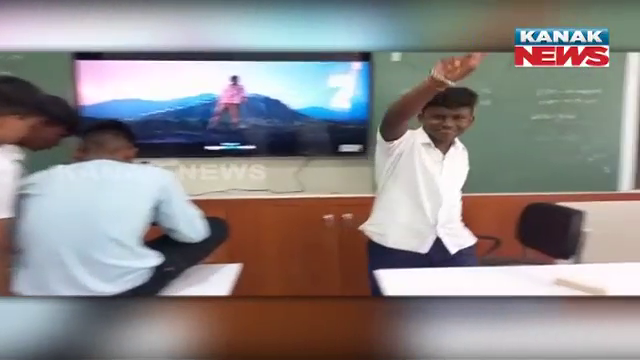 Berhampur: Few days after a video showing a group of students dancing in a smart classroom of a Government-run school in Ganjam district went viral, the District Education Officer (DEO) suspended Headmistress of the school for negligence that led to the incident.

Headmistress Sujata Kumari Padhy has been placed under suspension for her negligence, allowing some students misuse the LED TV installed inside the smart classroom of Baramundali Upgraded High School in Sheragada, said DEO Binita Senapati.

In the video, a group of boy students in uniforms were seen dancing on popular song Teri Jhalak Asharfi from the movie ‘Pushpa’ and Odia track Gua Ghia, being played on the LED TV installed inside the smart classroom for teaching purposes.

After the video surfaced, Block Education Officer( BEO) Bhaskar Lenka served a show-cause notice to the Headmistress. As Padhy failed to furnish a satisfactory answer, she was suspended by the DEO following an inquiry.

Further inquiry is underway in connection with the incident and action would also be taken against few teachers, if found guilty, the DEO said.