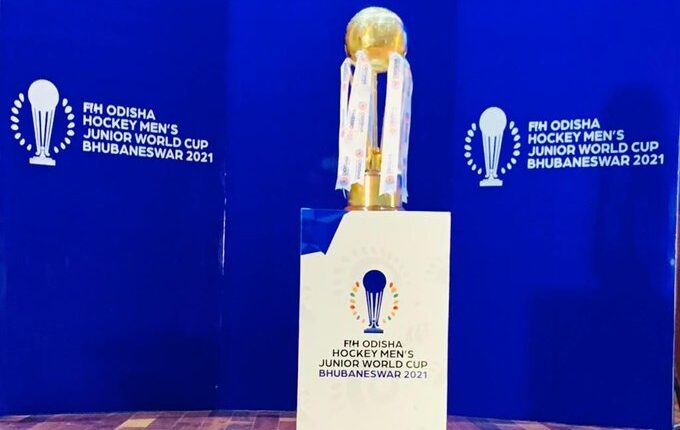 New Delhi: Following India’s 10-wicket defeat to Pakistan in the ICC T20 World Cup recently, fans here are looking forward to another clash — albeit on a different turf — and hoping India get a ‘chance’ to beat the arch-rivals when the FIH Junior Hockey World Cup begins in Bhubaneswar on November 24.

Soon after the Pakistan junior hockey team landed in Delhi on November 20, fans started talking about a possible India-Pakistan clash. While that will depend on the two teams’ performance in their respective pools, there is no denying that it has created quite a buzz in hockey circles.

Every time India and Pakistan have played on the hockey turf, expectations are sky high on either side of the border, and it’s going to be no different this time around as well when — and if — the two young teams meet at the Kalinga Stadium in Bhubaneswar.

The Junior World Cup will begin with the match between Belgium and South Africa on November 24. India will also start its campaign against France the same day.

Teams from 16 top countries are participating in the tournament. Canada, France and Poland are in Pool B along with India. In Pool D, Pakistan have to deal with Argentina, Egypt and Germany. Pool A consists of Belgium, Chile, Malaysia and South Africa, while Pool C has South Korea, Netherlands, Spain and the United States.

Teams from Australia, New Zealand and England have withdrawn due to the COVID-19 regulations in their respective countries. Obviously, the competition level of the tournament has dipped a littler because of major teams pulling out, but the curiosity around a possible Indo-Pak match has brought back the enthusiasm.

A clash between the arch-rivals is only possible if both teams advance from their respective groups — and that can only happen if they finish among the top two in their pools.

In the event of India and Pakistan achieving either first or second positions in their respective pools, they can meet in the semifinals or the final.

While it’s actually hard to predict an India-Pakistan clash, given that teams like Germany, Argentina Belgium and Netherlands are also in the fray, anything is possible in sports, and fans would be hoping and praying for their favourite teams to top their respective pools.

On Monday, Pakistan head coach Danish Kaleem said, “We are excited to compete in the tournament as it will help increase the popularity of the sport.”

After missing the 2016 edition of the junior World Cup in Lucknow, the team from across the border will be only too happy to be here playing in the global tournament. Unlike cricket, Pakistan hockey’s misfortune is that they get very few opportunitites to compete abroad.

But this is one opportunity they wouldn’t want to miss. And a clash against India would be the icing on the cake for Kaleem’s boys.

The event is also important for India and Pakistan to build strong teams for the Asian and Commonwealth Games next year, and the Paris Olympics in 2024.