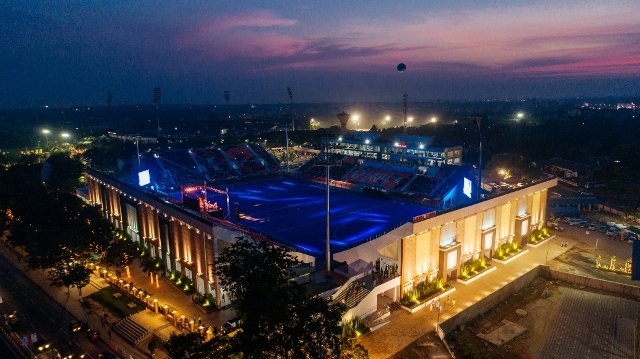 Bhubaneswar: Here’s good news for hockey fans, who are eagerly waiting to witness grand opening ceremony of the upcoming Hockey World Cup at the Kalinga Stadium here, as they can book tickets online from November 20.

With less than two weeks to begin the prestigious Odisha Hockey Men’s World Cup 2018, Hockey India this afternoon officially announced about the date and time of the online ticket sales for the grand opening ceremony.

The redemption of the tickets for the opening ceremony will be from from Nov 22 at 3:00 pm at Gate No. 4 of the Kalinga Athletics Stadium along with other locations throughout the city.

Hockey India reiterated that tickets can only be purchased online at the following link of the ticket agency http://ticketgenie.in/event/hwc-opening-ceremony and will not be available for sale over the counter.

The event will witness 16 top teams battle for supremacy in front of the hockey-crazy spectators at the iconic Kalinga Stadium.
Music Maestro AR Rahman will be performing both at the Opening Ceremony on Nov 27 and at the World Cup Celebrations event on Nov 28. Prominent Bollywood celebrities will perform at both the events.