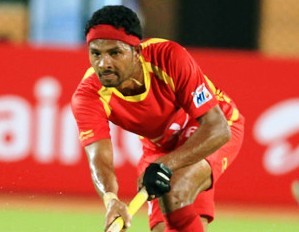 Seasoned defender Birendra Lakra aims to hit full throttle in the Coal India Hockey India League (HIL), starting from January 21, as he continues his comeback process after a knee surgery.

Lakra, who missed out on the Rio Olympics due to injury and was out of action for over six months in 2016, made his comeback into the Indian team at the Asian Champions Trophy in October.

But with competition for a place in the national team getting tougher, the 26-year-old is aiming to reach peak form and fitness when he represents former champions Ranchi Rays in the HIL.

“The results at the Asian Champions Trophy and the Tour of Australia was a great confidence booster for me. After a long lay-off due to injury, it takes a while to gain back the confidence of playing high intensity matches. At the back of your head, you are thinking I shouldn’t get injured again. But my teammates, physio and coaches gave me a lot of confidence and motivated me throughout this difficult phase. Hockey India too made me feel important by ensuring I got the best treatment,” he stated on Wednesday.

“I am ready for the challenge. This year’s Coal India HIL will be a new beginning for me and I really want to make this opportunity count,” insisted Lakra.

“Gaining match practice against so many top players going into an important calendar year for Indian team is crucial for me,” said the Odisha defender.

At this edition of HIL, Lakra will play to win his third title. He won the inaugural edition in 2013 with the now-disbanded Ranchi Rhinos and his second title came in 2015 with his current side Ranchi Rays.

Lakra feels this year their team has great potential in lifting the coveted trophy again. His defensive partners are Kothajit Singh and the Australian duo of Fergus Kavanagh and Timothy Deavin, who will play in front of goalkeeper Tyler Lovell.

“We have a strong line-up and many of us in the team have played together for a while so we understand each other’s game well,” he warned the opponents.

“Having players (defender Vikramjit Singh and midfielder Simranjeet Singh) who are carrying the confidence from their Junior World Cup win will also make a difference to our team.”

Rays arrived in Mumbai on January 15 and have been training at Mumbai’s Mahindra Hockey Stadium where they play their first match against Dabang Mumbai on the opening day of the HIL on January 21.

“Thus far, the training camp has been going well and the team is enjoying this time of coming together,” said Lakra.

Over Rs 60 cr given away under digital payments promotion schemes