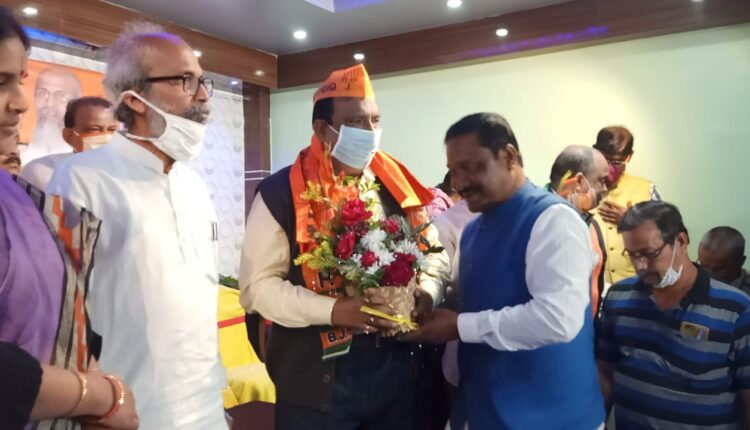 Bhubaneswar: Former Balasore MLA Jiban Pradip Dash, who was expelled from the BJD, joined the BJP today. It was a homecoming for Dash as he had debuted his political career as a BJP leader.

Dash got inducted into the saffron party at an event in the presence of BJP leader and Union Minister Pratap Sarangi. “I joined the party without putting forward any condition. I will work for the party as directed by its high command,” said Dash.

Chief Minister and BJD supremo Naveen Patnaik had expelled Dash from the party in November, last year for allegedly indulging in anti-party activities. The move came two days after the bypoll to the Balasore Assembly Constituency.

Sources said that there was a rift between Dash and Balasore district BJD President Rabindra Jena over selection of nominee for the assembly seat. As Dash was not given ticket for the bypoll, he continued to remain absent from campaigning for the candidate announced by the party.

Dash was elected to the Odisha Legislative Assembly as a BJP candidate in 2000, and as a BJD nominee in 2009 and 2014. In 2019 assembly election, he had lost to BJP’s Madan Mohan Dutta, whose death necessitated the by-election.