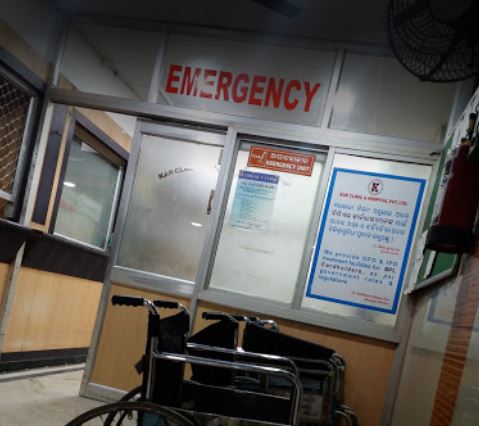 Bhubaneswar: Kar Clinic & Hospital in Odisha capital, where the third COVID-19 patient of the state had undergone treatment, has been sanitised, Health & Family Welfare Department said.

The hospital has been advised to provide emergency continuum care such as dialysis. However, the care providers who had come in contact with the patient need to be on isolation, the department added.

The 60-year-old man, who was detected as Odisha’s third COVID-19 patient, came here by a flight from New Delhi on March 10. On March 13, he became unwell and on March 16, he went to the Assembly dispensary and subsequently visited Kar Clinic & Hospital’s OPD on March 21.

On March 23, he was admitted to the ICU of the hospital with pneumonia and discharged on March 24. On the same day, he went to the Capital Hospital was admitted there on March 25. His sample was sent for testing and it came back as positive for coronavirus on the night of March 26.