Odisha hospital drives away cancer patients for this bizarre reason! 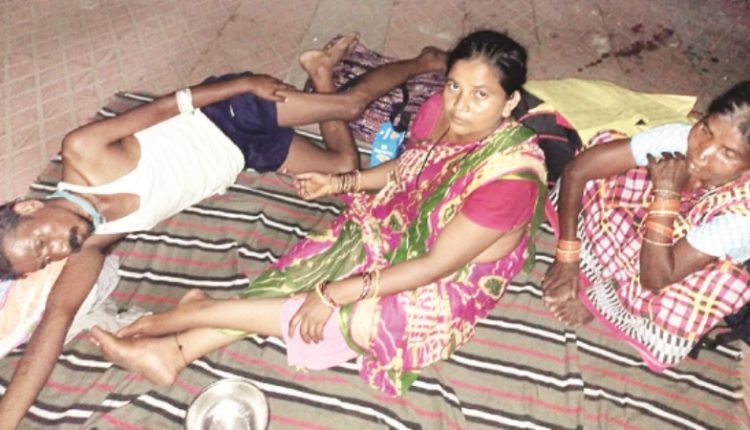 Cuttack:  Two cancer patients from Odisha’s tribal-dominated district Kalahandi had to undergo a horrendous time due to the alleged apathy of the state’s premier cancer hospital- Acharya Harihar Postgraduate Institute of Cancer (AHPGIC).

The two patients-Harekrushna Deep (40), a resident of BBC Pada in Bhawanipatna and 19-year-old Suresh Sunani from the district, were allegedly denied admission to the hospital. And, the two patients were found spending night outside the hospital waiting to get an admission, thanks to the lackadaisical attitude of the staff.

According to sources, Harekrushna was diagnosed with cancer four months ago and being treated at a private hospital in Bhubaneswar. After his condition deteriorated, his family members on Sunday took him to Kalahandi District Headquarters Hospital (DHH), where doctors referred him to VIMSAR hospital in Burla. After the family reached, doctors there allegedly refused to treat Harekrushna and advised him to visit Archarya Harihar hospital in Cuttack.

With the help of an ambulance, Harekrushna and four of his family members reached the cancer hospital on Monday morning. After patient outpatient registration,  he was asked to get an ultrasound test done. The staff asked them to visit again after five to six days as it was already late for the day to conduct the test. The hospital staff also allegedly told the family that the patient can only be admitted after the test is conducted at the institute. The distraught family then decided to get the test done at a private diagnostic facility in the city. After getting the test result, they again visited the hospital. However, the staff refused to accept the reports.

Failing to get an admission, the patient and his family spent the night out in the open. A day after, the family, including Hareskrushna left for their hometown without getting proper treatment, sources said.

Similarly, 19-year-old patient Suresh Sunani had to undergo the same ordeal. The young boy was allegedly denied getting admission to the hospital.

Meanwhile, it is alleged that many patients are forced to take shelter on roadsides awaiting their test reports while some even lose battle with the deadly disease in the absence of proper critical care.