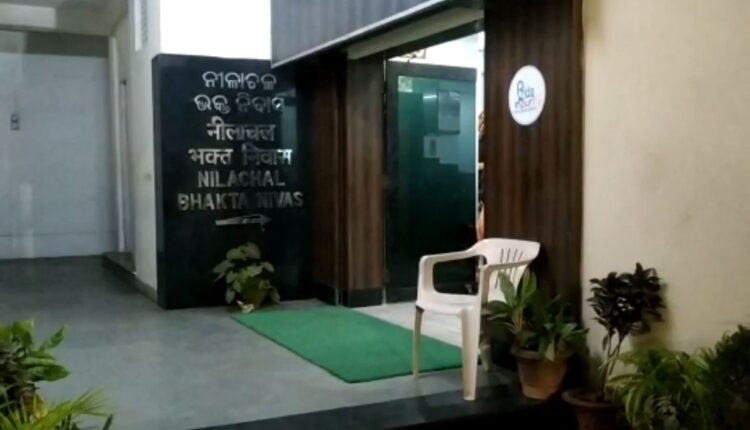 Puri: Based on a complaint filed by a woman tourist from Uttar Pradesh, the Puri Sadar police today arrested a youth for allegedly filming her while taking bath at a hotel room in Puri town.

As per the complaint, the woman tourist from Raibareli in Uttar Pradesh along with her family arrived at Puri by train on February 11. Her family booked two rooms at the Nilachala Bhakta Niwas, located on the Grand Road in Puri town till February 14.

The complainant further stated while she was taking bath in the wee hours today inside the bathroom attached to the room No-006 that was booked by her family, a youth recorded her with a mobile phone through the window.

When the woman tourist spotted the youth filming her, she shouted at him and later narrated the matter before the hotel manager.

She then lodged a police complaint at the Puri Sadar police station, on basis of which the police examined the footage of CCTVs installed in the hotel.

A police official said the youth, Bikash alias Siba Prasad Mohapatra from Biraharekrushnpur was identified as the culprit on basis of the CCTV footage. After Bikash was arrested, his mobile phone was seized. The accused was forwarded to the court later in the day, the police official added.

Bikash works as an Electrician at Nilachal Bhakta Niwas in Puri town.