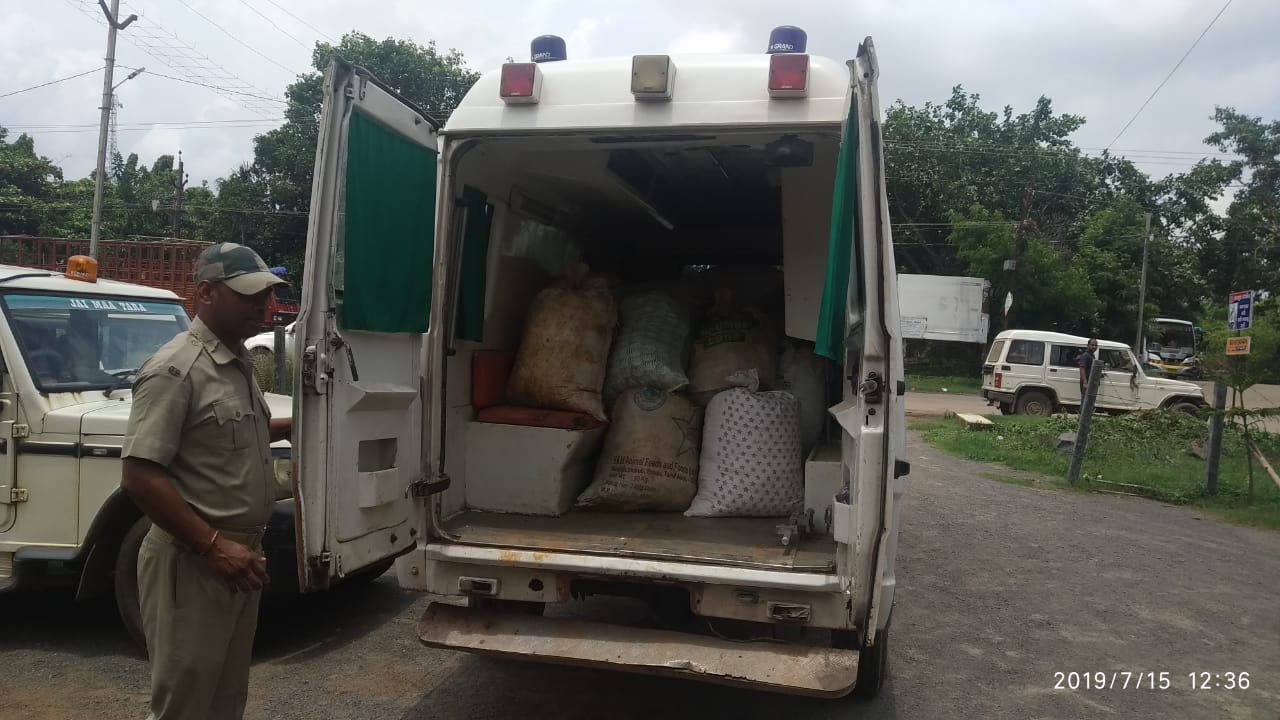 Suspecting movement of the ambulance, the Jeypore Sadar police intercepted the ambulance near Patraput and seized 469 kgs of the contraband item from it. The cops also arrested four persons from the ambulance. Of the four arrested, two are from Uttar Pradesh, one from Kalahandi and another from Jeypore.

Besides, the Jeypore Town police today intercepted a four-wheeler on NH-326 at Hatisala Chhak and seized 168 kgs of ganja. The cops also arrested four ganja smugglers, including two from Delhi, in this connection.

Earlier yesterday, Boipariguda conducted a raid and seized 23 kgs of ganja on Ghat Road near Kota Junction and arrested two persons, both are residents of Kalahandi district.

“Total 660 kg cannabis have been seized following raids at three places in the district since yesterday,” said Jeypore SDPO Sagarika Nath at a presser today.

Farmer mauled to death by wild bear in Odisha’s Nabarangpur