Bhubaneswar: In view of contamination of rivers in Odisha, the National Green Tribunal (NGT) has directed all the industries not to discharge untreated sewage or industrial effluent into water bodies including coastal water, a notification by State Pollution Control Board said.

The Central Pollution Control Board (CPCB) has identified 19 polluted river stretches in Odisha. Also, it has issued directions on December 15, 2016, to all the state PCB and Pollution Control Committees (PCCs) under section 18(1)(b) of Water (Prevention and control of Pollution) Act, 1974 to ensure that no sewage of industrial pollution is discharged to coastal water, said the state regulatory authority.

It warned to take action if any industry is found to have failed obeying the NGT order.

“In view of above, you are directed not to discharge any untreated effluent/sewage to nearby water bodies/coastal water, failing to which action deemed fit shall be taken against your industry,” the pollution control board said.

Worth mentioning, as many as 19 rivers were water bodies have been identified as polluted on the value of Bio-chemical Oxygen Demand (BOD) in Odisha.

In a written reply to BJP MP Jual Oram, the Ministry of Jal Shakti revealed it in Lok Sabha recently. 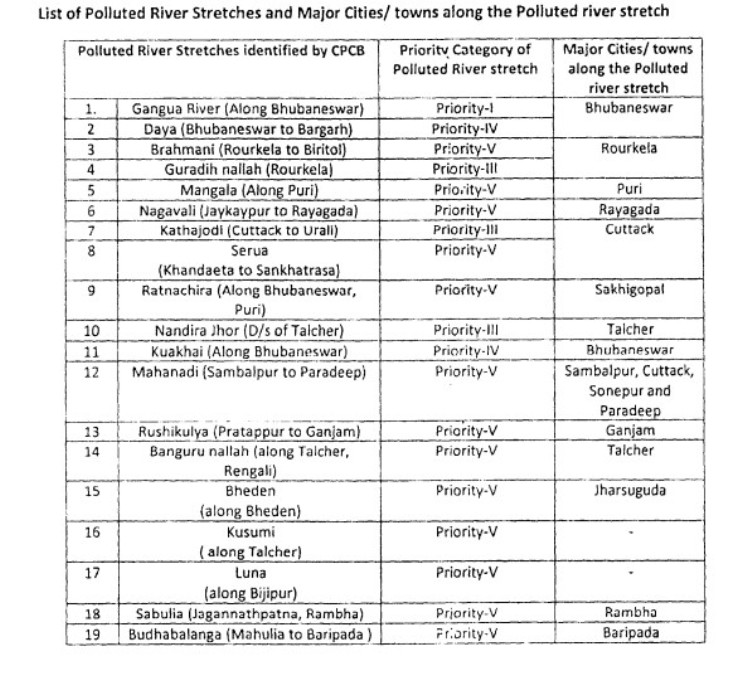