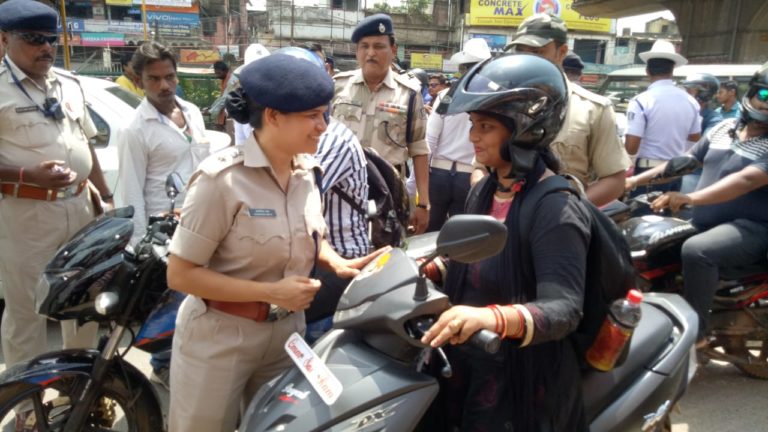 Bhubaneswar: In what can be termed as a sigh of relief for commuters, the Odisha Government has started taking steps for relaxation of rules under the newly-imposed MV Act, 2019.

Transport Department Secretary G. Srinivas has written to the Odisha DGP urging the latter for non-compounding of offences during vehicle checking. However, usage of mobile phones while driving and drunken driving will remain compoundable.

“You are requested to kindly take necessary steps by issuing suitable instructions to all SPs/Deputy Commissioners of Police to ensure that while enforcing different provisions of MV Act, not to compound offence punishable under section 184 (except using mobile phone while driving) and section 185 (drunken driving) as the said offences are not compoundable under section 200 of said Act,” Srinivas wrote in the letter.

Worth mentioning, separate fines for multiple offences were imposed on violators during the initial days after implementation of the new MV act. Later, Odisha Chief Minister Naveen Patnaik asked the enforcement agencies not to go on overdrive but counsel and handhold the people to facilitate compliance. The Chief Minister’s Office said this process will continue over next three months so that adequate time is available to the public to ensure compliance.