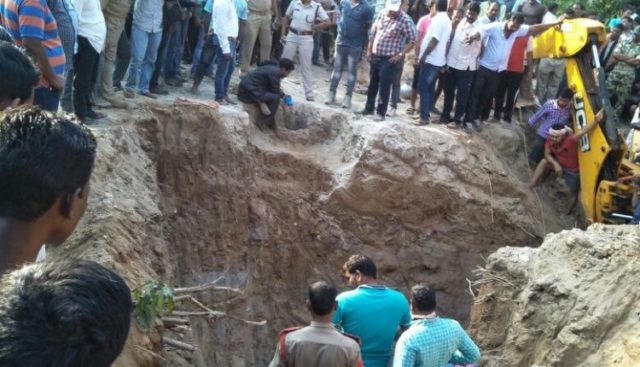 Angul: Inquiry conducted into yesterday’s incident of a three-year-old girl falling into an abandoned deep borewell at Gulasar village under Kishorenagar block in Angul district has blamed the firm engaged for the digging of the borewell and a Junior Engineer (JE) of the Odisha Lift Irrigation Corporation (OLIC) for the incident.

On receipt of the inquiry report Angul Collector Anil Kumar Samal today forwarded it to Principal Secretary in Water Resources department for appropriate action against those responsible for the lapse.

Notably, a three-year-old girl child-Radha, daughter of one Santosh Sahu of Gulasar village had fallen into an abandoned open borewell yesterday, who was luckily rescued by firemen after a nearly seven-hour-long marathon operation. The child was rushed to Angul District Headquarters Hospital here after her rescue but luckily she had no injuries.