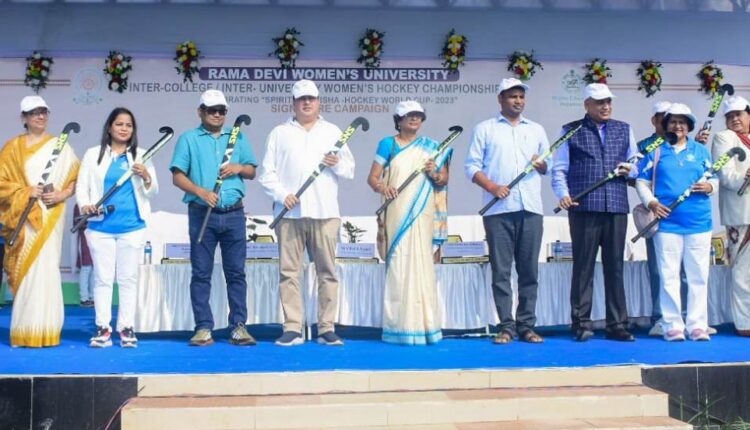 Bhubaneswar: The state government has introduced a slew of measures to popularise the FIH Men’s Hockey World Cup-2023, scheduled to be held in Odisha from January 13 to 29 next year.

The Higher Education and Sports & Youth Services departments of Odisha are also providing incentives to popularise hockey among the college students.

Ahead of the Men’s Hockey World Cup-2023, the Inter-College Women’s Hockey Championship-2022 was inaugurated at Rama Devi Women’s University in the capital city here today.

“Odisha is the only state in the country to host the Men’s Hockey World Cup for the second time in a row. Odisha has created a special identity for itself in the hockey map of the world. Sundargarh district is recognized as the cradle of hockey in Odisha. Apart from Sundargarh, the people of Sambalpur, Deogarh and a few other districts also enjoy hockey as a popular sporting activity,” said Higher Education Minister Rohit Pujari at the inaugural ceremony of the championship.

The state government is determined to promote hockey in colleges and universities of Odisha. The Higher Education department will try to formulate a sports policy for the college students, Pujari added. 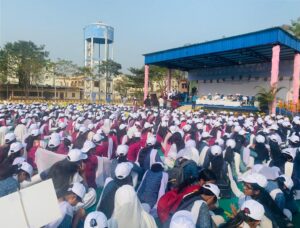 Participating in the event, Sports and Youth Services Minister Tusharkanti Behera thanked Chief Minister Naveen Patnaik for introducing various measures for development of hockey in Odisha and also in India. “The state government has set up Birsa Munda Hockey Stadium in Rourkela for hosting the Men’s Hockey World Cup. This apart, hockey stadiums have been established in 17 blocks of Sundargarh,” he said.

Rama Devi Women’s University Vice-Chancellor Aparajita Chowdhury thanked the state government for giving an opportunity to the varsity to host the inter-college hockey tournament. Faculty members and students of the varsity were present at the inaugural ceremony.