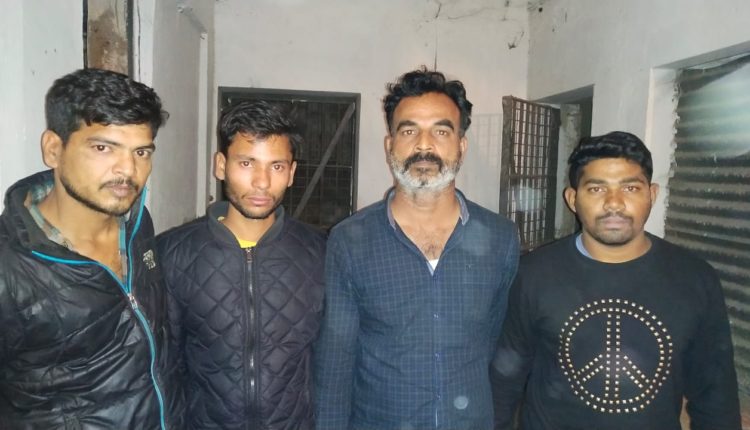 Sambalpur: An interstate ATM card cloning racket has been busted by police and four persons arrested in this connection, a senior police officer said on Friday.

The accused persons were identified as Rajesh Prasad (37) of Bareipali and Swadhin Bohidar, (27) of Singpali Chowk, both under Ainthapali police limits in Sambalpur city, Sourav Kumar, (20) of Mayapur and Sashi Bhusan Kumar, (25) of Dhangaon, both under Fatehpur Police limits in Gaya District of Bihar.

The SP said two more persons of the gang, including the mastermind, are still at large. Three teams of police have been formed to nab them, he added.

Singh said, the accused used to target people, who are not friendly with ATM transaction. The accused persons used to take the data of the ATM card of those people with the use skimming machine on the pretext of helping them in ATM transaction and tactfully observed the PIN number while victim was using the ATM card.

The SP said the police has been probing into the matter to ascertain the amount of the money, they have withdrawn using the cloned cards.

On Thursday, getting information about suspicious activity of these accused persons in Khetrajpur area, a special squad of the Sambalpur police conducted raid at Khetrajpur area and nabbed the four persons.

During the investigation, it came to fore that these persons are involved in series of ATM frauds and they have withdrawn money using cloned ATM cards.

The SP appealed the people not to disclose the PIN of their ATM card to anybody. He also said that they would convene a meeting of the bankers over the security at the ATM kiosks in the city.

Project for accomodation of 60,000 pilgrims in Odisha’s Puri soon