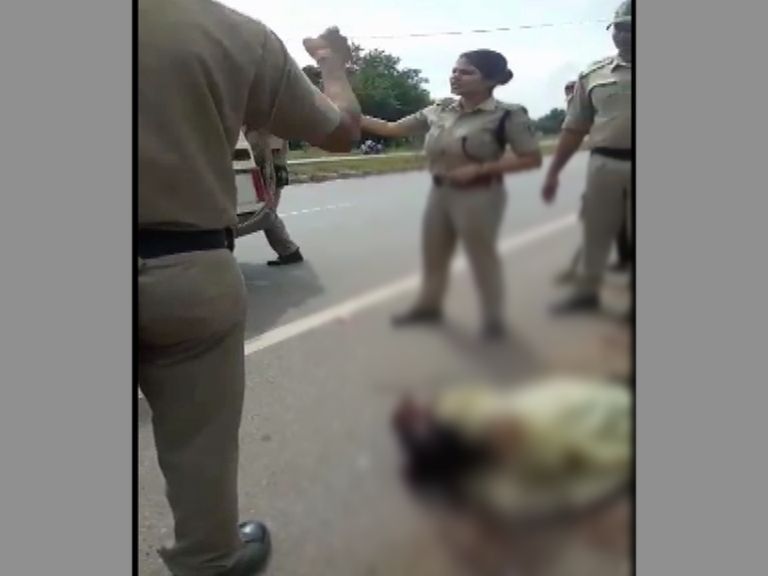 Rourkela: Sundergarh SP Saumya Mishra, who had recently landed in controversy for allegedly assaulting a pregnant woman which later led to her miscarriage, is once again in news. But this time, for a good cause.

The woman cop rescued an accident victim at Kutra in the district and rushed him to hospital in her Government vehicle yesterday.

Reportedly, the SP was heading to Rajgangpur in her Government vehicle to review law and order on the occasion of Muharram. After seeing a cyclist in a pool of blood following an accident at Kutra on Biju Expressway, the SP stopped there and made arrangements to rush him to hospital.

The youth identified as Rajendra Kisapeta had sustained critical injuries in his head and body. As per the directive of the SP, other police personnel present there used a police jacket as stretcher and carried him to the senior cop’s police vehicle.

Meanwhile, the two bikers, Pradeep Singh and Bhim, who had hit Rajendra’s cycle, were admitted to the Kutra hospital in critical condition. Later the duo was shifted to IGH in Rourkela. Sources said condition of the two injured is stated to be stable at present.