Odisha Govt has cleared 76 tourism projects worth over Rs 2,700 crore in last 4 years which will create 3000 direct and 10,000 indirect employment in the state, says Odisha Tourism Director Ramchandra Jadhav at Odisha Travel Bazaar-2022. 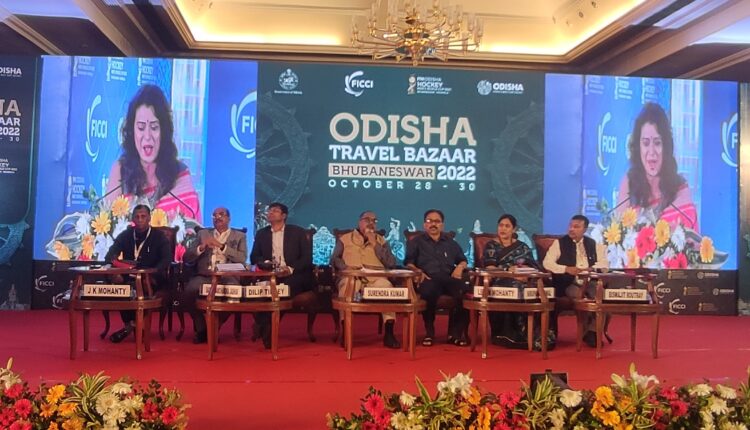 Speaking during a programme on second day of Odisha Travel Bazaar (OTB) 2022, the senior official rated Odisha amongst top states having quality roads and connectivity.

He said, “Odisha has many things to offer to tourists. In some parameters we are far ahead of others. Our people are nice and hospitable. Our roads are very good. The most important aspect of this state is that it is very pocket friendly. You don’t need to think much about budget.

On this occasion, Director of Odisha Tourism Sachin Ramchandra Jadhav said, “Two boat clubs operational in the state and infrastructure is being added to those. Two beach front promenades at Ramchandi and Tampara Lake is already operational. Tampara Lake is gaining great importance for people coming from Andhra Pradesh and Telangana as a tourist destination. Our plan is to add 24 cottages which are to be managed by reputed private operators. We are also promoting investment in tourism sector. In last four years we have cleared 76 projects worth more than Rs 2,700 crore which will create 3000 direct and 10,000 indirect employment in the state. 3000 local entrepreneurship is also being promoted through these projects.

The artistes enthralled the audience by performing Odishi and Gotipua dances during the programme in the evening yesterday.

The 3-day Odisha Travel Bazaar 2022 is organized by the Department of Tourism, Govt. of Odisha and Federation of Indian Chamber of Commerce and Industry (FICCI) at Bhubaneswar.

On second day of the event, B2B meeting between Tourism Fraternity of Odisha (Sellers) with Domestic Tour Operators (DTOs) and Foreign Tour Operators (FTOs) and also B2G meeting with investors and Airlines were organized. The plan was made for FAM tours to major destinations like Bhubaneswar, Konark, Puri, Chilika, Dhauli, Bhitarkanika and Lalitgiri. Participating at the event, the showcased their products.