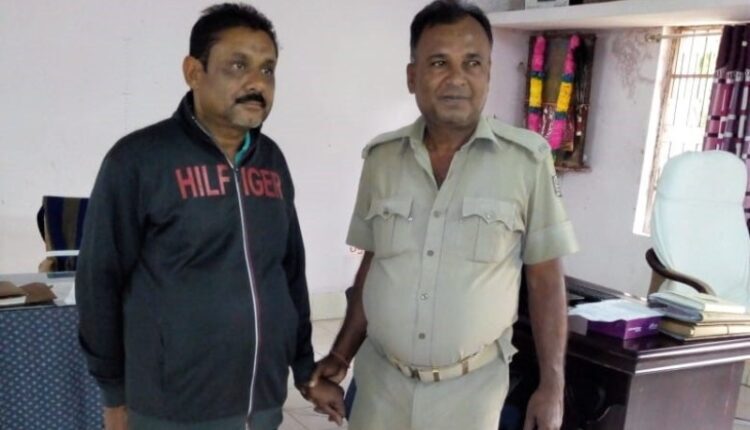 Berhampur: The Jagannathprasad police last night arrested a journalist of a news website at Sarakumpa village in Odisha’s Ganjam district for allegedly duping around 90 labourers of Rs 27 lakh.

The accused has been identified as Bansidhara Patnaik. A case under Sections 419, 420, 460, and 471 of the IPC has been registered against Patnaik. Police have seized Rs 48,000 and a scooter from the possession of Patnaik.

According to reports, Patnaik was residing in Visakhapatnam Port area in December, 2018. During the period, he met several labourers of the locality and impersonated himself as the supervisor of Gopalpur Port. He also befriended a local labourer leader namely M Nani Babu.

Patnaik promised Babu and the labourers to provide them job in a port and collected Rs 30,000 from each of them. He also gave them fake appointment letters and ID cards.

Later, the accused stopped receiving telephone calls of the labourers and went untraceable. On realising that they have been cheated, Babu and his four associates searched for Patnaik at various places in Ganjam. They spotted Patnaik at Jagannathprasad market yesterday and noted the registration number of the vehicle that was purchased by the accused with the money obtained by duping them.

The victims lodged a complaint in this connection with the police, following which cops raided Patnaik’s village at Sarakumpa and arrested him.

Success story of Hotstar, the Indian answer to Prime and Netflix