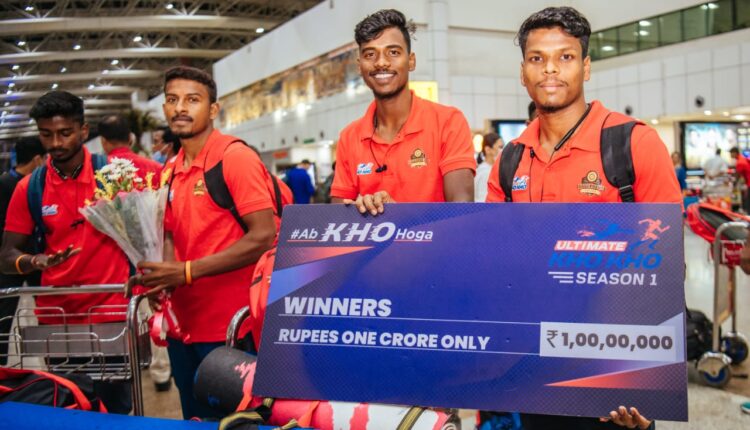 The victorious squad arrived to a rousing and spectacular welcome from fans, sports enthusiasts, family and media with the Jodi Sankha (conch) artists enthralling the team and spectators with their traditional performance. 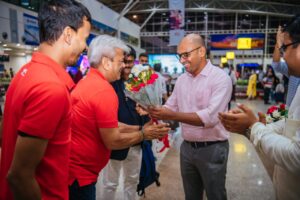 Joint Secretary, Sports and Youth Services Department, and CEO- Odisha Juggernauts, Ranjit K Parida along with the officials of Sports Department received the Head Coach, Ashwani Kumar Sharma, and the entire team of Odisha Juggernauts who have impressed upon all with their spectacular performance on the mat through the entire duration of the Ultimate Kho Kho, India’s first-ever professional Kho Kho League.

Congratulating the Juggernauts, Sports Secretary, R. Vineel Krishna said, “The team has displayed brilliant skills throughout the season. I congratulate the entire team of Odisha Juggernauts. This was a lifetime opportunity for the players to impress the fans with their top-notch game and become national stars and they did. We are extremely proud of the team and wish them more success in their journey ahead.” Their achievement will inspire other young players to take up Kho Kho as a professional sport, he added. 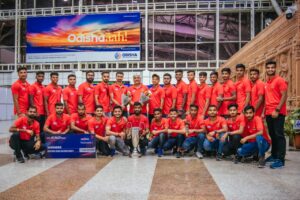 Expressing the sheer happiness and delight of the team, Head Coach Ashwani K Sharma said, “We are still revelling in our victory and to arrive to such a warm and grand welcome fills our heart with emotions.  The team stood strong through the entire challenge and created history. Our sincere gratitude for the support extended by Odisha government, AM/NS and our fans, especially from Odisha. It encouraged us to give our best till the last second, be the Champions and be propelled into limelight. This is our biggest dream come true” I deeply feel the blessing of Lord Jagannath was always upon us, he added.

Odisha Juggernauts clinched the title of the inaugural edition of Ultimate Kho Kho after beating Telugu Yoddhas 46-45 in a thrilling final on Sunday. They were awarded Rs 1 crore prize money and the coveted trophy.

The felicitation of the players is scheduled for September 7.

Trains cancelled, diverted and rescheduled due to modernisation work under SECR