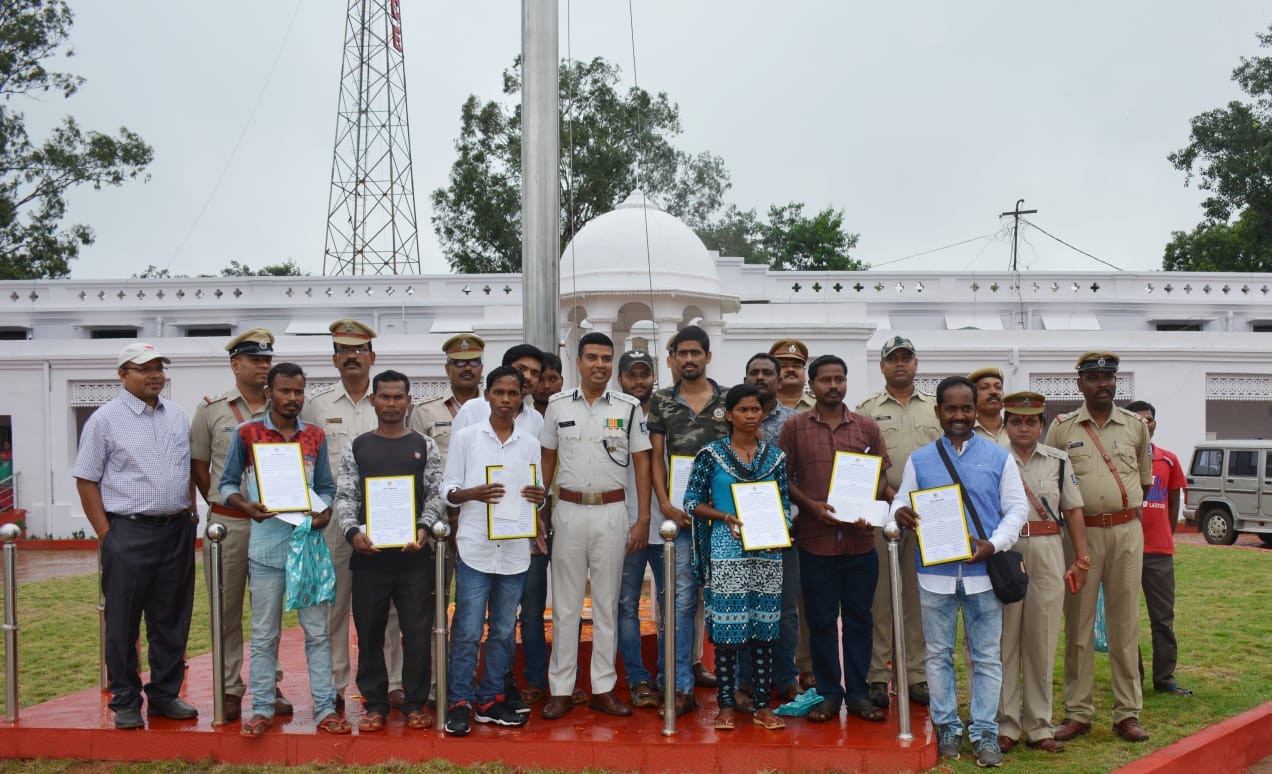 Keonjhar: Police today felicitated 11 persons of Odisha’s Keonjhar district for coming to the aid of road accident victims in the last four months and termed these big-hearted people as the “real heroes” of the society.

All the 11 Good Samaritans were given cash incentive Rs 2,000 each and certificates for extending help to shift as many as 10 road accident victims to hospitals from April-July, said Jay Narayan Pankaj, Superintendent of Police, Keonjhar.

The SP said, “All these 11 people had shown exemplary humanitarian attributes. They did their best to drag the passengers out of the crashed vehicles and deserve the awards.”

When asked whether the Good Samaritan policy is serving the purpose, the SP said the scheme has definitely given an impetus to people to help accident victims.

“Passersby, most of the time, are hesitant to help, mainly because they are scared of police investigation that follows road accidents. But, the Good Samaritan policy is really helping in removing this fear from the minds of common people,” Pankaj observed.

Official statistics said as many as 312 people died in road accidents in the district in 2017.

The Good Samaritan Policy 2018 was formulated as per the directions of the Supreme Court issued in 2014 and the policy included the guidelines of Union Ministry of Road Transport and Highways (Road Safety), to be followed by hospitals, police and all other authorities.

On Tuesday, the Central government has accepted a suggestion of the Transport Ministry to consider Good Samaritans for the National award. The Good Samaritans now can win the Jeevan Raksha Padak from the government.

Two killed, one critical in lightning strikes in Odisha