Odisha: Kidney patient dies as ambulance fails to reach him due to bad road 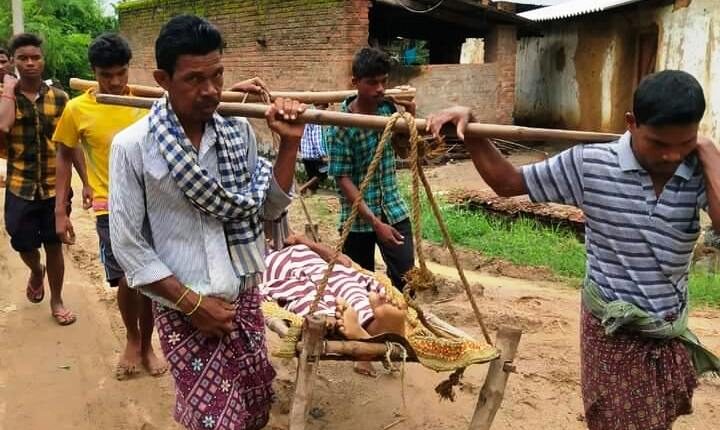 Bargarh: A kidney patient reportedly died in Odisha’s Bargarh district as the ambulance that was called in could not reach his village due to poor road connectivity leading to the patient being carried on a cot to the vehicle.

The incident has been reported from Kantatala village under Atabira block in the district. The deceased has been identified as Senapati Jhankara.

Expectant mother carried on cot in Odisha’s Nabarangpur due…

Sources said Senapati was suffering from kidney disease since long. Yesterday, when his condition worsened, family members called up a 108 ambulance. However, due to bad road, the ambulance could not enter the village. With no other option left, Senapati’s family members carried him on a cot and walked around one and a half kilometres to the ambulance.

Later,  the patient died on the way to hospital in the ambulance.